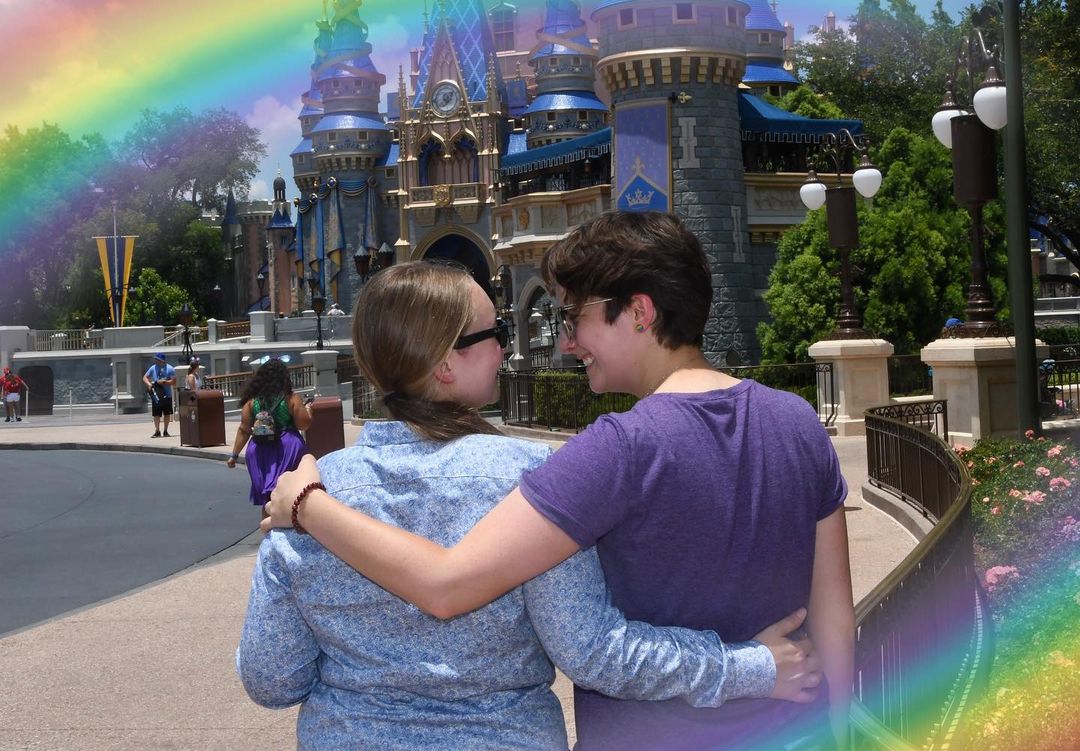 LGBTQIA+ employees of The Walt Disney Company’s Disney Media and Entertainment Distribution segment have released a statement to leadership regarding the company’s response (or lack thereof) to the “Don’t Say Gay” bill moving through Florida legislature.

Disney first faced criticism after it was discovered they have donated to every sponsor of the bill. The company released a statement failing to actually denounce the bill. Yesterday morning, Chapek sent a company-wide email saying, “I and the entire leadership team unequivocally stand in support of our LGBTQ+ employees, their families, and their communities” but still did not denounce the bill. Many employees and Cast Members expressed their disappointment in Chapek and the company on social media.

The statement from employees of the Disney Media and Entertainment Distribution segment addresses the bill in Florida as well as the anti-trans bill in Texas, Disney’s attempt to “play both sides” of the issue, and the problems with Disney claiming to make change with inclusive and diverse content alone.

The full statement can be read below, in this PDF, or this Google Docs form, which fellow employees can also use to sign the statement.

In the past couple of weeks, coverage on Florida’s “Don’t Say Gay” bill and Texas’ anti-trans child welfare order have been ringing in the ears of queer folk and their allies around the United States and the world. Florida’s “Don’t Say Gay” bill opens the door to silencing young queer folks and queer families in school, while Texas’ new order gives the state opportunity to investigate gender-affirming care as child abuse. During this coverage it has been brought to light the contributions that The Walt Disney Company has donated to the Florida state politicians who are sponsoring this anti-LGBTQ legislation. This has spiraled to protest marches in Florida and Burbank, calls to boycott The Walt Disney Company and their products, and a demand for a direct response from leadership.

At this point, the response from TWDC leadership has been lackluster at best and trying to play both sides at worst. Asking thousands of queer and questioning employees to wait for a DEI summit on March 22nd and April 13th is not the appropriate response, nor is promising the world that “inclusive content” will be our solution. Queer folks are used to this sort of hollow promise of allyship and inaction – the difference this time is The Walt Disney Company’s recent dedication to inclusivity and diversity.

TWDC has a long history of donations to politicians that actively try to combat our human rights, but previously TWDC did not have commitments to support this community. Now, TWDC has boldly stated that Diversity, Equity, and Inclusion is a pillar of the company’s mission and even introduced the fifth key of “Inclusion” to demonstrate that commitment. These keys are meant to be guiding principles for the company and its employees. The company’s lack of action seems to indicate that commitment may be as toothless as we feared it would be.

On March 2nd 2022, the TWDC’s Senior Vice President & Chief Diversity Officer, Latondra Newton, sent out a statement called “Showing support for our LGBTQ+ community” to all employees. This statement did not name the legislation in discussion, nor did it disavow its efforts. Rather the statement feigned general concern from a personal perspective – not from the company. The statement offered support through a “Reimagine Tomorrow” conversation on March 22nd – three weeks from the time the statement was sent. No disavowment. No message on if TWDC will choose to respond. No substantial action.

Although we are sure this statement was well intentioned, it failed. Our hope in having a Chief Diversity Officer would be to have that person hold the company to account, rather than release statements that toe the company line. We need an advocate, not a figurehead.

On March 7th 2022, TWDC CEO, Bob Chapek, released an additional statement reiterating Latondra Newton’s same points. He speaks to statements being weaponized and uses that as an excuse for the recent silence and lack of transparency. While we agree that statements can often be misinterpreted, silence is far worse. Without clarity, we’re all left to fill in the blanks. Additionally, adding this to his messages demonstrates defensiveness rather than leading with listening and understanding.

Chapek goes on to double down on the idea that TWDC “believe[s] the best way for our company to bring about lasting change is through the inspiring content we produce, the welcoming culture we create, and the diverse community organizations we support.” This is not an actionable plan for affecting change. While contributions to other “community organizations” are appreciated, they don’t outweigh the legislative weight of actions such as these. We are tired of being treated as a “partisan issue”. Contributing to both Republicans and Democrats does not mitigate the fact that we are being actively harmed and TWDC has a hand in it. Claiming to focus on inclusion while continuing these practices is disingenuous.

Chapek then continues to list some familiar content as examples of this “inspiring content”: “​​Encanto, Black Panther, Pose, Reservation Dogs, Coco, Soul, Modern Family, Shang-Chi, Summer of Soul, Love, Victor.” Out of those examples, Pose and the Love, Simon/Victor properties were acquired as a part of the 20th Century Fox acquisition and were not intentional acts by Disney to produce queer content. What’s more, it seems Bob Chapek does not understand our intersectionality as a community and believes any sort of diverse content should satisfy the whole. We are not a monolith. Grouping all diverse groups together without acknowledging our differences is offensive. Bucketing all our identities demonstrates that the company does not have a real understanding of these groups and considers us simply a large box to check. Frankly, the content that represents our community truly isn’t there and to claim that is and always has been is dishonest. The content we are represented in routinely relegates us to side characters and often simple cameos that may get cut in foreign markets.

We hope that Bob Chapek and our leadership team understands the severity of this issue. 27 states (including Florida) still allow employees to be discriminated and fired based on sexual orientation or gender identity, and 2022 is expected to have the most anti-LGBTQ+ legislation introduced than ever before. 7 anti-trans bills were introduced in the first week of 2022 alone. The “Don’t Say Gay” bill is the first of many and we do not want to see TWDC dragged into this debate knowing it is not reflective of our employee base, content, and DEI policy despite the ongoing political donations. This is not a partisan issue. This is not a political issue. This is our lives. The lives of our loved ones, our children, our co-workers. This is our existence.

We are writing this statement to express our disappointment in The Walt Disney Company leadership and their non-response to these issues and to clarify that WE, the Queer and LGBTQIA+ employees, and their allies, who spend their time, labor, and skills on growing profits for this company, DENOUNCE these legislative efforts and do not support any politician that is actively supporting this legislation.

We demand that The Walt Disney Company and its leadership immediately withdraw their funding of politicians who support this legislation and that they forcefully denounce these efforts as antithetical to the ethics of TWDC and its employees.