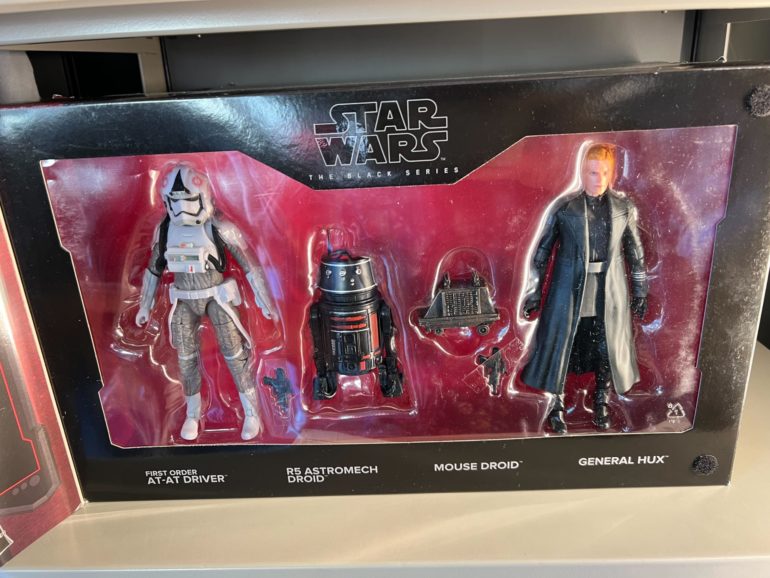 We came across these new Star Wars action figure sets on a recent trip to Disneyland. One set has galactic creatures, while the other has characters from the First Order.

The box has details about each character on the back.

The set is rated for ages 4+. You can purchase it at First Order Cargo in Star Wars: Galaxy’s Edge at Disneyland Park.

While the two Porgs look similar, the Kowakian Monkey Lizards are different colors.

The back of the box has information on each creature.

This set is rated for ages 4+. You can purchase this one at Creature Stall in Star Wars: Galaxy’s Edge.

Will you be picking up these new action figures? Let us know in the comments.