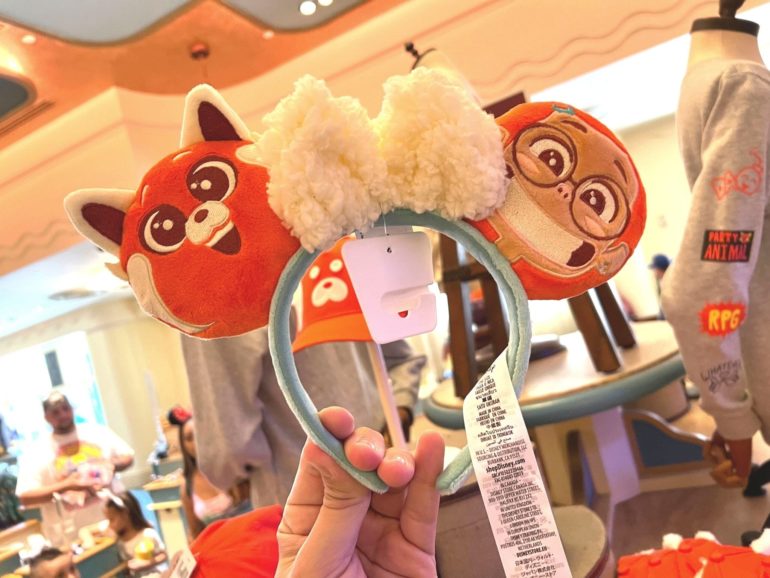 The ears of the headband feature human Mei on the right ear and Mei as a panda on the left ear.

The bow is white and made of a fluffy sherpa material.

The headband itself is light blue and says “Panda” on one side and “Power!” on the other.

The back of the ears are a plain orange/red color.

“Turning Red” is now streaming on Disney+. Read our review of the film here.