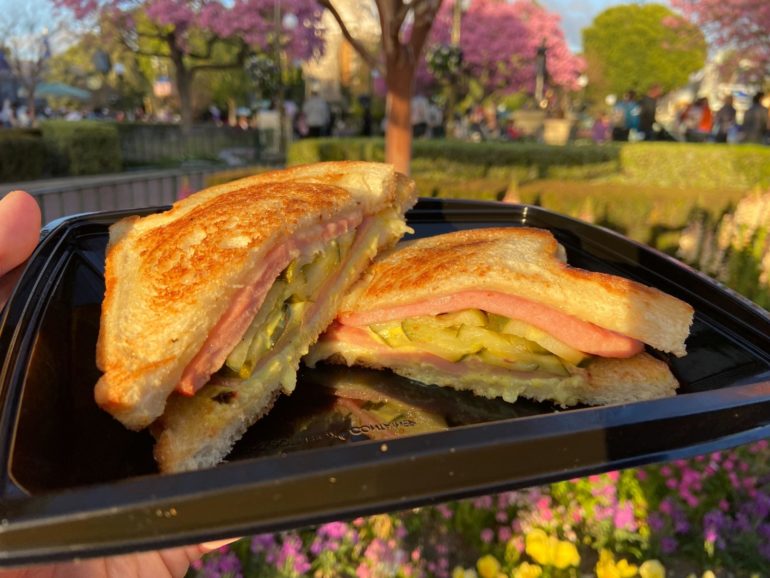 REVIEW: New Fried Bologna Sandwich is a Blast from the Past at Jolly Holiday Bakery Cafe in Disneyland Park

One of the new seasonal items at Disneyland is the Fried Bologna Sandwich at Jolly Holiday Bakery Cafe. Keep on reading for our review of this new sandwich.

If you enjoy bologna, then this is a fun option.

The bread is well toasted and it’s a healthy portion of fried bologna. It has a smear of mustard that tastes like it is mixed with a tad bit of mayonnaise, which mellows out the mustard.

It reminds us of the after-school fried bologna sandwich we used to have.

The pickles add some acidity to contrast the heaviness of the bread and bologna, but are easily picked off if you don’t like them.

The chips are delicious, crispy and salty as always.

Overall we were happy with this as it was a fun twist on our childhood.