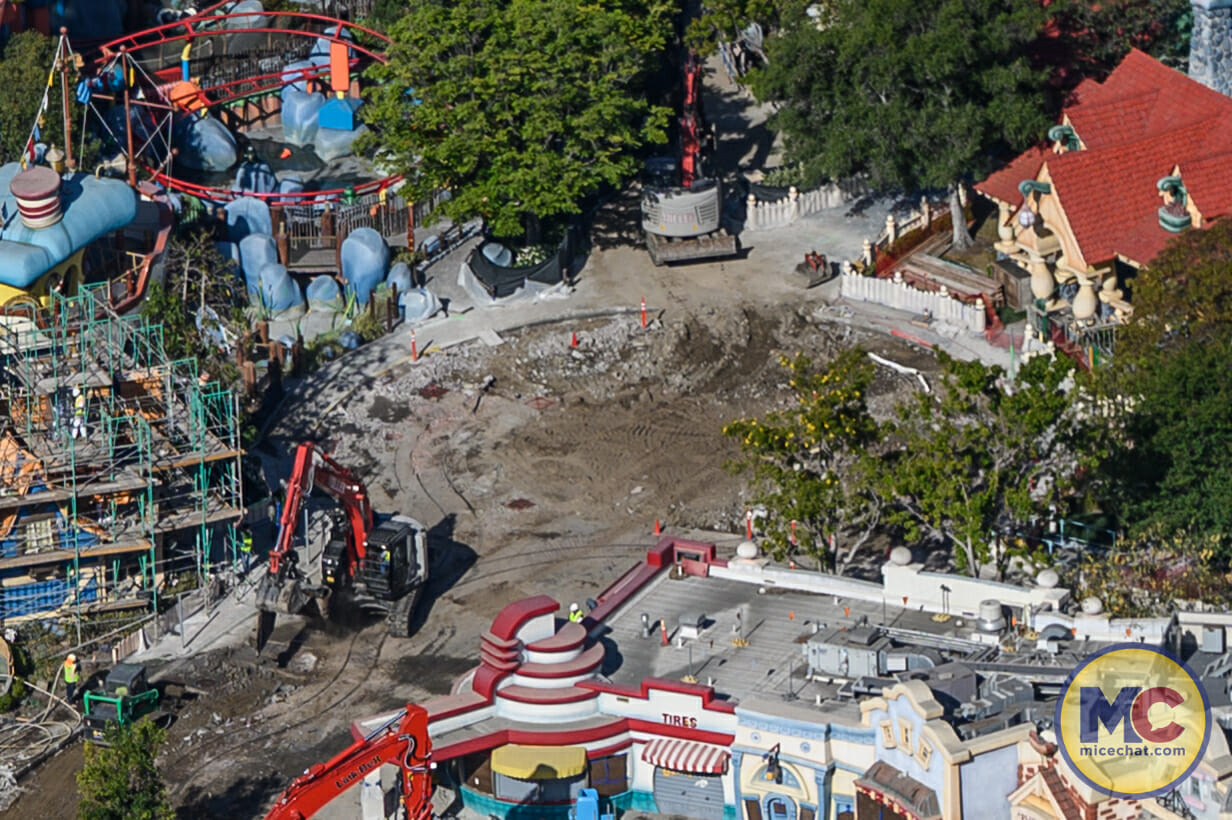 MiceChat has shared aerial photos of construction in Mickey’s Toontown at Disneyland Park. The land closed in early March for a major reimagining to coincide with the opening of Mickey & Minnie’s Runaway Railway, scheduled for spring 2023.

MiceChat’s photos show that the sidewalks have been torn up, in part to remove the defunct Jolly Trolley tracks. Walkways are also being rerouted to better accommodate the larger crowds expected for Mickey & Minnie’s Runaway Railway.

Both the Mickey Mouse and Roger Rabbit fountains have been removed from their respective courtyards.

There will be a new interactive fountain in the land’s CenTOONial Park.

Gadget’s Go Coaster will be updated. Most notably, Chip ‘n Dale’s Treehouse has been completely removed and demolished.

The treehouse was once home to Chip ‘n Dale’s Acorn Pit, but this closed less than five years after Mickey’s Toontown first opened.

The bluffs behind the treehouse remain and it’s likely that a pathway connecting Mickey’s Toontown and Star Wars: Galaxy’s Edge will be created in this area, with the bluffs transitioning into the rocks of Batuu.

Goofy’s Playhouse is surrounded by scaffolding. His garden playground has been completely removed. The house was once a bounce house, but like so many other elements of the land, this closed many years ago.

Reminisce on Chip ‘n Dale’s Treehouse and the character fountains with our full tour of Mickey’s Toontown from before it closed.

Thor, Jane Foster, and the Guardians of the Galaxy Return in First Trailer for ‘Thor: Love and Thunder’