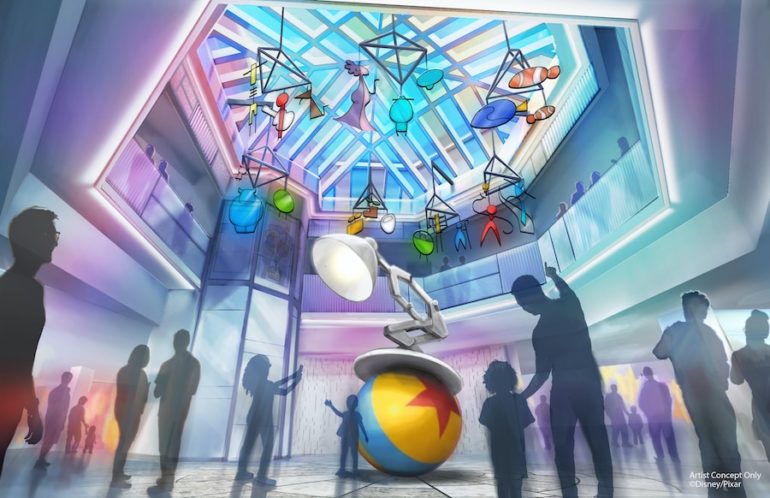 Disneyland has released concept art of the Pixar re-theme of Paradise Pier Hotel, which was announced yesterday.

The concept art shows Pixar ball lights outside and a colorful porte cochère.

Guests will be welcomed into whimsical character moments, like the iconic, playful Pixar Lamp balancing atop its ball in the lobby, as seen above.

The reimagining of the hotel will weave the artistry of Pixar into its contemporary setting. Guests will gain a new perspective on some of their favorite Pixar worlds and characters through carefully curated artwork, and décor that reveals the creative journey of the artists who helped bring these stories to life.

The announcement comes following the leak of original plans to turn the hotel into a Toy Story one, but Disney eventually opted to represent all Pixar franchises in the reimagined hotel.