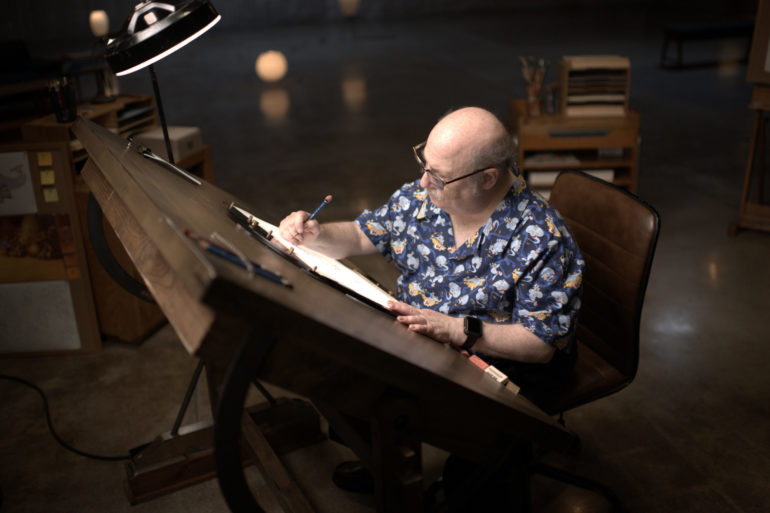 In an interview with IndieWire, Disney animator Eric Goldberg said that Walt Disney Animation Studios will be returning to 2D animation soon.

The last feature-length 2D animated film from Disney was “Winnie the Pooh” in 2011, though several short films and sequences have used 2D animation since then. For example, Maui’s tattoos in “Moana” were 2D animated in a sequence supervised by Goldberg.

“I’ve been campaigning for a long time to train up people in hand-drawn, and, as the CG films became more and more popular, that idea became less and less important to the studio,” Goldberg said. “But now we have an atmosphere and a group of people who recognize that’s part of the legacy here, and to actually have content that requires hand-drawn animation is absolutely great. Thank goodness we have people who can do both here, but to actually commit to training up a new generation is a wonderful thing and I think perfectly appropriate for [us].”

According to Goldberg, current plans for 2D projects include legacy, originals, hybrids, as well as both features and series.

Goldberg will be featured in the Disney+ series “Sketchbook,” premiering on April 27, an instructional documentary series about the animation process. Each episode focuses on a different animator and character. Goldberg will be drawing the Genie from “Aladdin.”

“I think people like finding out about people who are associated with the things that they love, and the fact that this medium is so collaborative,” Goldberg said of the show. “It wasn’t just me doing The Genie. We had about eight animators and, of course, [directors] Ron [Clements] and John [Musker] and the writers and Robin [Williams] brought a ton to it. And it’s so rewarding to [study] because you get to understand those personal signatures that those artists bring to the characters. And, in animation, it’s more than drawing, it’s about timing and spacing, and how they move.”

Another featured animator in “Sketchbook,” Hyun Min Lee, said that drawing sheds light “on all the different aspects of how the films come to be, how the characters come to be, and also how these people become animators. Hopefully, [the series] gives people more interest in the art form.”

Lee is also excited about the return to 2D animation, saying, “From the student side, it never went away.”

“One thing that excites all of us hand-drawn people is that not everything has to look like traditional outline and cel paint, and we can do things that are different stylistically,” Goldberg said. “The more that we can use the techniques and the principles to give people something they’ve never seen before, is really what it’s about.”

“I think there are fantastic things yet to be discovered with this art of animation,” Disney Legend Floyd Norman said. “Perhaps we’ll be doing something more like a hybrid where there might be a combination of hand-drawn and digital together in a film.”