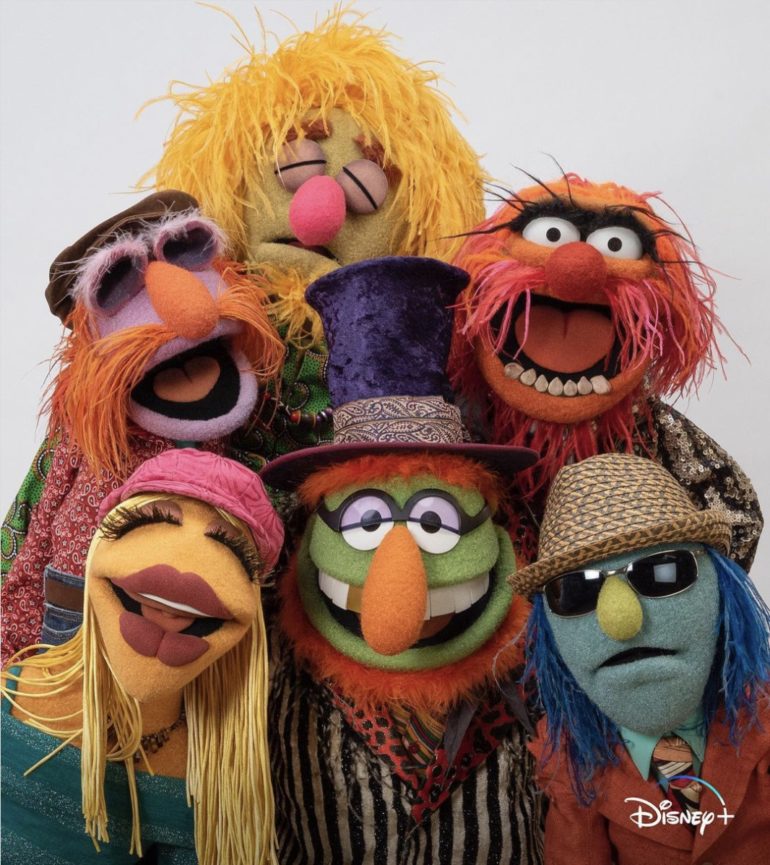 The cameras are rolling and the Electric Mayhem are ready for their moment in the spotlight as filming has begun on the upcoming Disney+ Original Series “The Muppets Mayhem.”

Muppet performer Matt Vogel, who performs characters including Kermit the Frog, Sgt. Floyd Pepper, and Lew Zealand, commemorated the occasion by wearing an Electric Mayhem t-shirt that previously belonged to Jerry Nelson, Floyd’s original performer. Nelson helped to first bring the character to life in 1975 with the special “The Muppet Show: Sex and Violence,” which served as a pilot for the classic 1976-81 show.

“The Muppets Mayhem,” created by Yorkes, Adam F. Goldberg, and Bill Barretta, focuses on the Muppets’ house band as “they go on an epic musical journey to finally record their first studio album.” Along the way, they’ll work with Nora (Lilly Singh), “a driven junior A&R executive tasked with managing and wrangling” the ensemble as they come “face to face with the current day music scene as they try to finally go platinum.” The show was announced in early March. Earlier this month, Tahj Mowry was cast as Gary “Moog” Moogowski, a “die-hard superfan” of the band and “avid audiophile who knows his way around a mixing board.”

Are you excited to see the band in their own show? Share your thoughts in the comments!