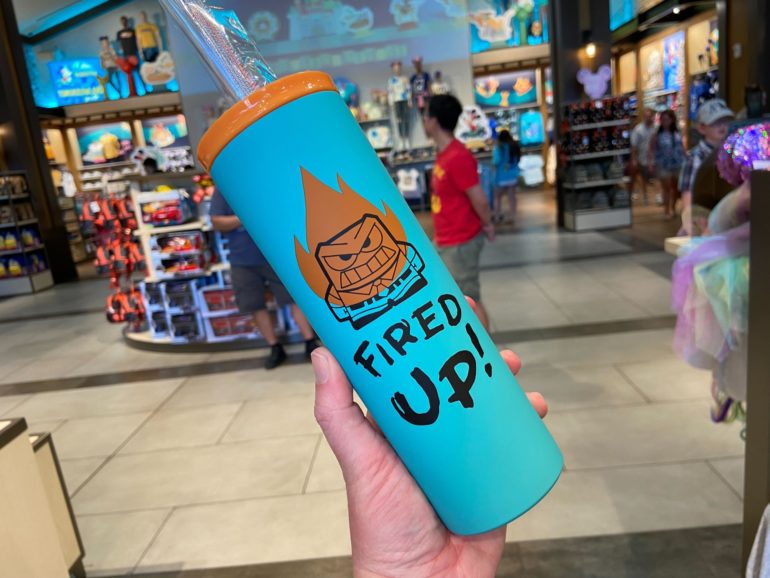 We’re getting “Fired Up!” about a new “Inside Out” bottle we found at the World of Disney Store, featuring the ever-fiery Anger.

The blue water bottle features an orange lid and a straw. The front shows Anger already on fire with the words “Fired Up!”

On the back, we see Anger as he builds up to his notorious rage.

The bottle comes with a cleaning brush and a straw as well.

We found this at the World of Disney Store in the Downtown Disney District. Don’t miss some of the other Pixar merchandise we’ve seen lately. Will you be carrying it around this summer? Let us know in the comments below!