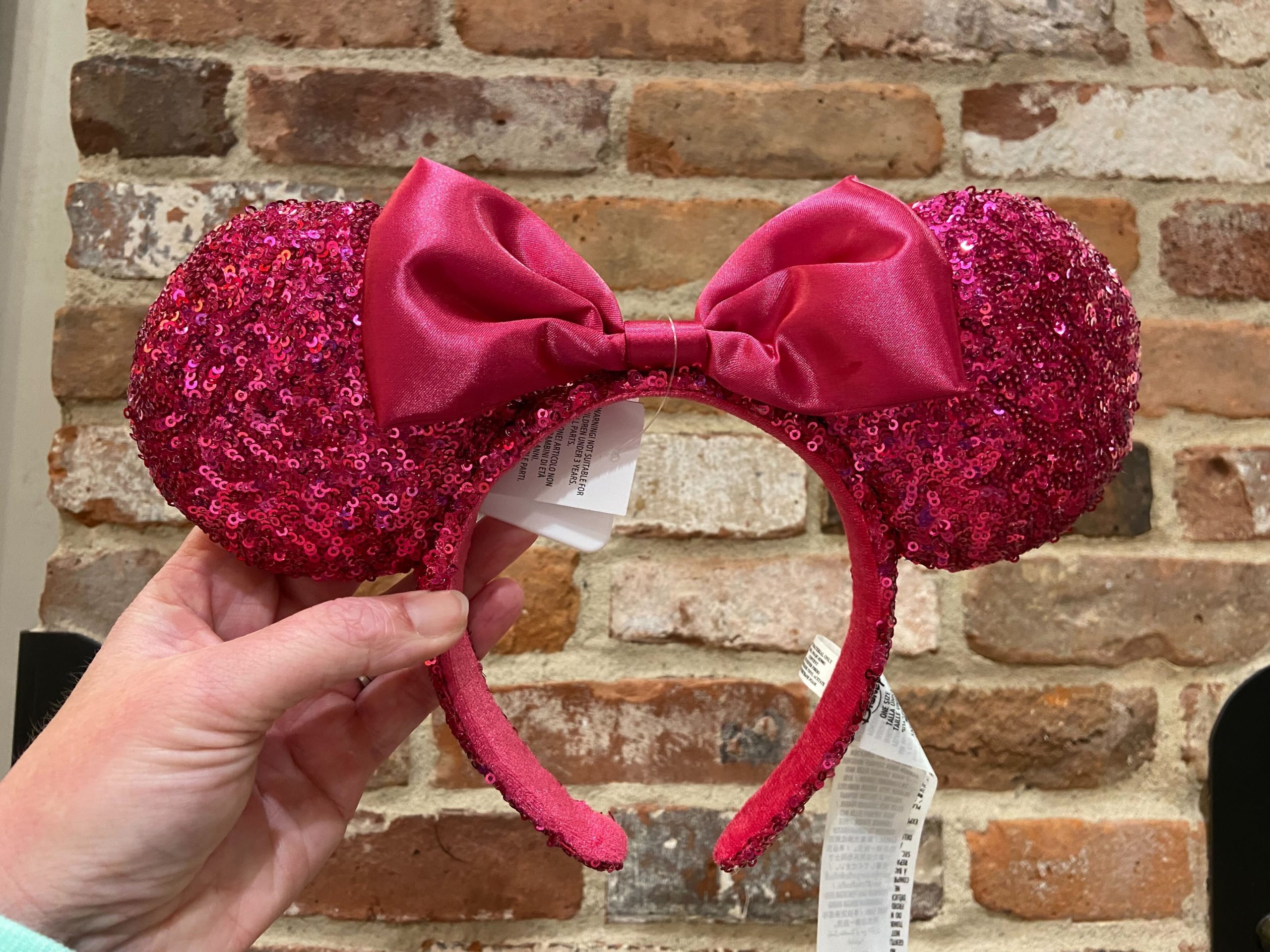 If you’re on the hunt for a new spring look, there’s a new Minnie ear headband at the Disneyland Resort that’s certainly eye-catching!

The ears previously appeared at Walt Disney World earlier in the month.

The ears are covered with magenta sequins which are sure to sparkle in the spring sunlight.

The bow is made of a shiny fabric that’s just a shade lighter than the sequins.

The sequins continue down to outside of the headband itself, while the inside has a smooth velour-like fabric.

We found this at World of Disney in the Downtown Disney District.

This is just the latest sequined ear headband to arrive at the resort. Earlier in April, similar designs in green and gold were released.