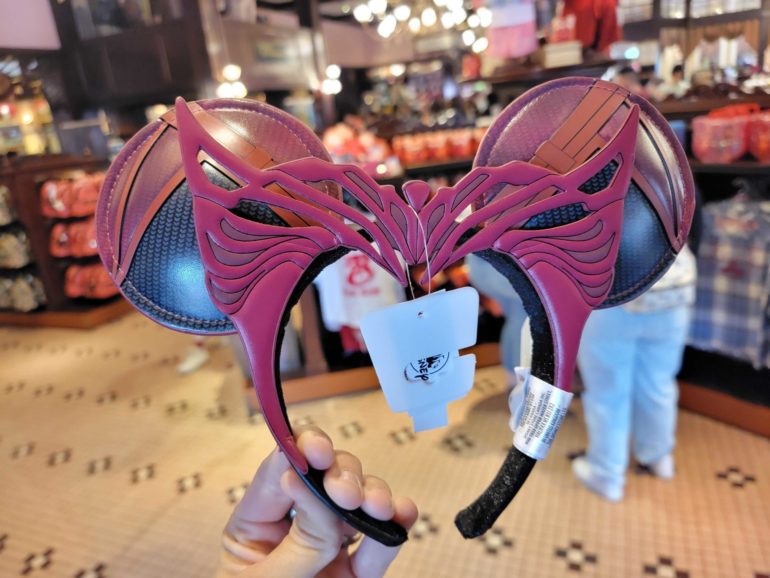 A new ear headband inspired by Wanda Maximoff a.k.a. the Scarlet Witch as she appears in “Doctor Strange in the Multiverse of Madness” has appeared at Disneyland Resort. We found these ears in the Emporium.

The ears are red and black pleather. At the center, connected to the headband, is Wanda’s classic pointed headpiece.

The headband is black, with velour on the inside.

The security tag was attached in a way that partially obscured the embroidery on the side, but it reads “I have everything under control” in red.

“Doctor Strange in the Multiverse of Madness” will be released in theaters on May 6.