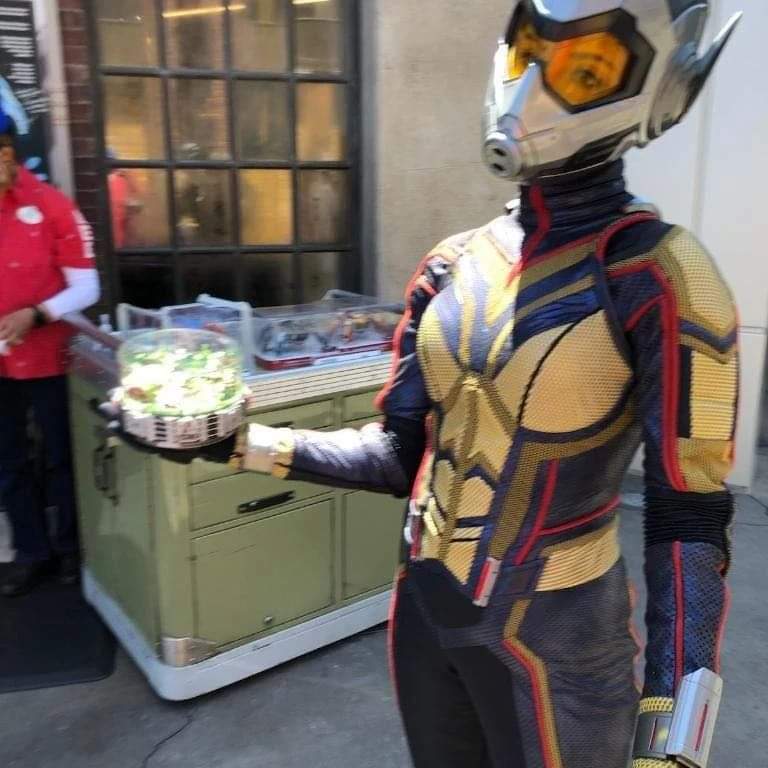 A guest snapped photos of The Wasp holding a shrunken Flik’s Fun Fair from A Bug’s Land, which closed in 2018 to make way for the Avengers Campus at Disney California Adventure. The prop features a spinning Flik’s Flyers and a Heimlich that moves around a track.

The Wasp posed for a photo with the replica Flik’s Fun Fair from A Bug’s Land.

The model is made to look like Flik’s Fun Fair was shrunken with Pym particles.

UPDATE: It would appear as though Ant-Man carries the prop sometimes as well!

Guests are excited to interact with characters again at both Walt Disney World and Disneyland Resorts. Visitors to the Avengers Campus in particular have enjoyed meeting the heroes close up on the campus for the first time!

Do you miss A Bug’s Land? Or do you prefer Avengers Campus? Let us know in the comments.