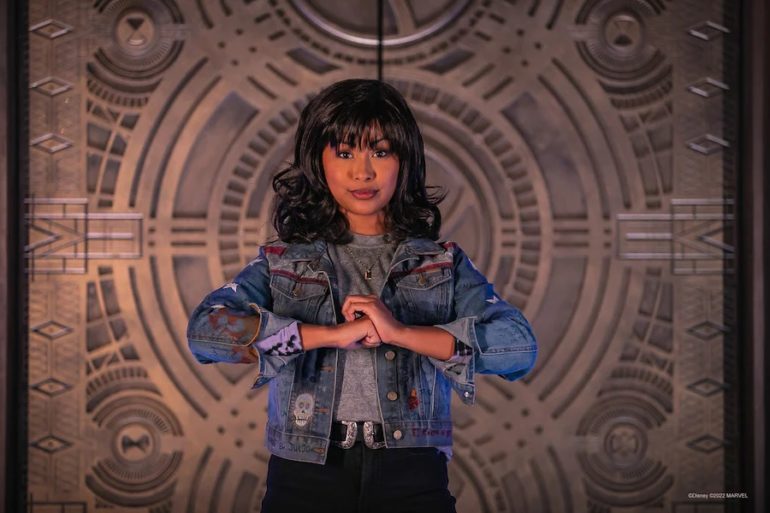 With “Doctor Strange in the Multiverse of Madness” finally hitting movie screens, new experiences and merchandise themed to the Marvel Studios film are coming to Avengers Campus at Disney California Adventure.

Things are becoming strange at Avengers Campus, and you never know who you’ll run into from the Multiverse. Starting today at Disney California Adventure park, for a limited time, you can have a heroic encounter with America Chavez or journey into the mystical side of things with the Scarlet Witch.

Also debuting at Disney California Adventure park, train your Spider-Bot with an all-new set of skills inspired by Doctor Strange straight from the Worldwide Engineering Brigade – also known as WEB. Similar to other Spider-Bots released in Avengers Campus, these bots put you in control of the action to battle opponents with programmed combat and defensive abilities. They can crawl backward and forward, crouch, spin 360°, stare down with their laser eyes, attack opponent Spider-Bots and even blast off their shields. You never know what new skills you will discover with this tactical upgrade!

While you prepare to take on the Spider-Bots aboard WEB SLINGERS: A Spider-Man Adventure, you can also upgrade your WEB Tech with an all-new Doctor Strange gauntlet that will help further customize your experience.