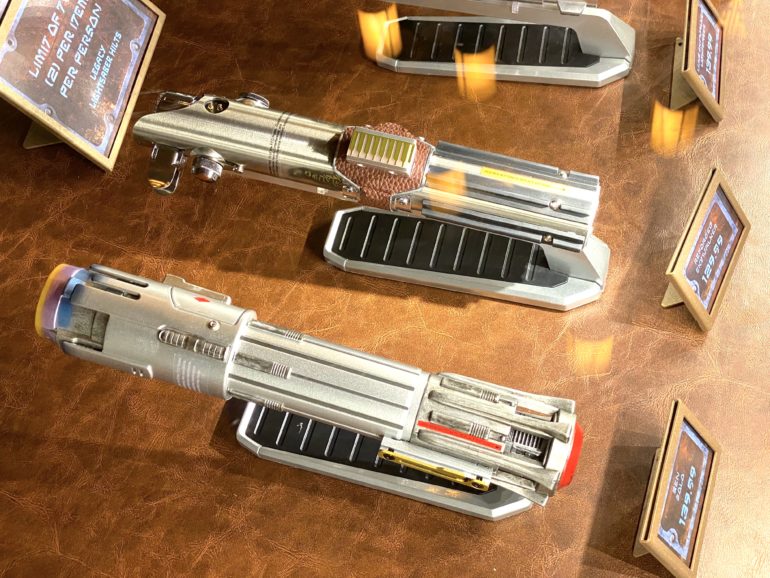 It’s your last chance! According to the Galaxy’s Edge merchandise panel at Star Wars Celebration Anaheim, the Ben Solo Legacy Lightsaber hilt first introduced in 2019 will soon be retired permanently. This means it’s your last chance to pick up this classic look from before Ben Solo turned to the dark side and became Kylo Ren.

The news came to us courtesy of Jedi News at SWCA on Twitter. The Ben Solo hilt is seen in the lower section, and is currently available on both coasts for $139.99, but it won’t be forever. It first released in 2019 around the same time as “Star Wars: The Rise of Skywalker” alongside the Reforged Skywalker lightsaber hilt.

Will you pick this lightsaber up before it’s gone? Let us know in the comments below!