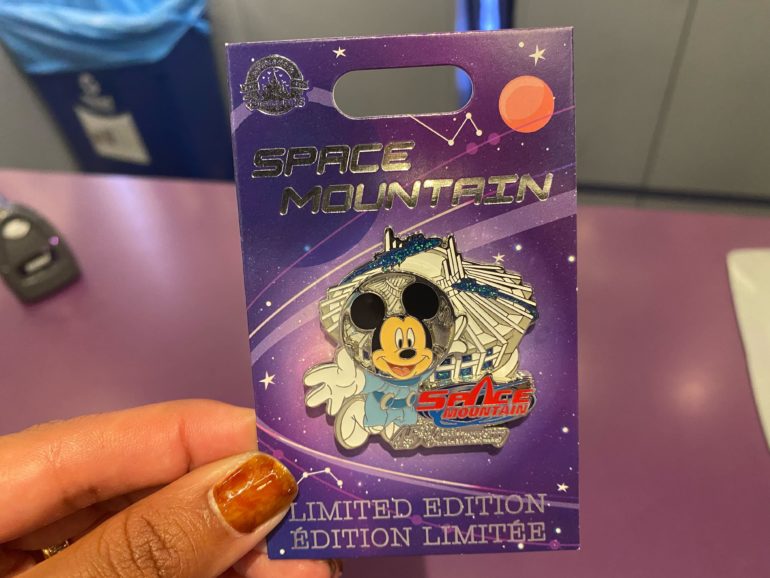 Disney has released an out-of-this-world pin celebrating the 45th anniversary of Space Mountain! The anniversary pin is available for purchase at the Star Trader in Tomorrowland at Disneyland Park.

This pin features Mickey Mouse in a spacesuit outside the iconic white spires of Space Mountain.

Stellar silver outlines this otherworldly pin with patches of reflective glitter while calling back to the ’70s with Mickey’s retro spacesuit. The Space Mountain logo stands out in bright red lettering.