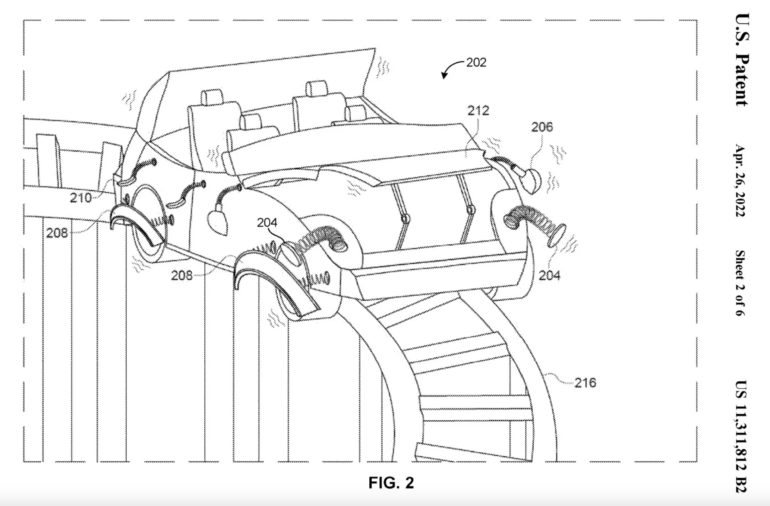 Disney has filed a new patent for physical and digital effects to be reset on a ride vehicle between unload and load stations.

What this means is that effects would be triggered throughout the attraction causing physical or digital changes to the ride vehicle, so it has a different appearance at the end than it did at the beginning. The vehicle would then be reset back to its original configuration after guests unload and before new guests load.

The figure above shows how a vehicle looks different at the load station (404) than it does at the unload station (406). A wall (410) separates the two stations. The reset of the vehicle would happen out of guest view, either manually or automatically.

Another figure shows a car with its headlights, side-view mirrors, and fenders popping out on springs. In terms of digital effects, the patent refers to the calibration of screens, projectors, and audio systems.

This concept is similar to that of Millennium Falcon: Smugglers Run, which subtly moves guests from one load station to a nearly identical unload station, but the latter is damaged based on how the guests did during their ride.

How would you like to see this technology used? Let us know in the comments.