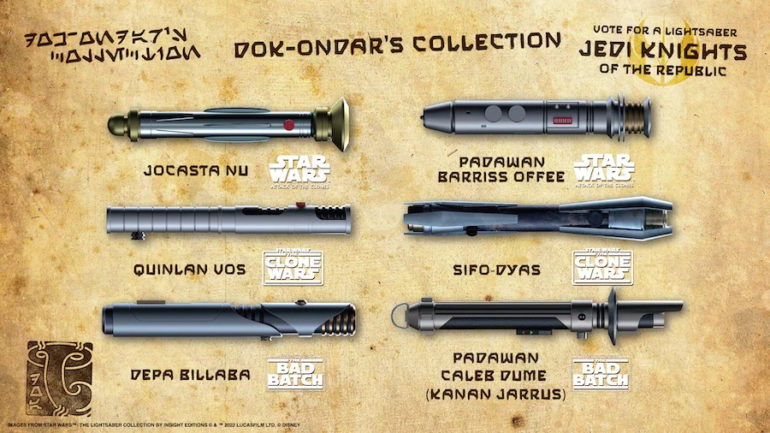 There are six choices available for guests to choose from:

Fans can vote on the Disney Parks Blog right now through June 10, and results will be announced later this summer.

Are you excited to see one of these designs come to Dok-Ondar’s Den of Antiquities? Let us know in the comments below!