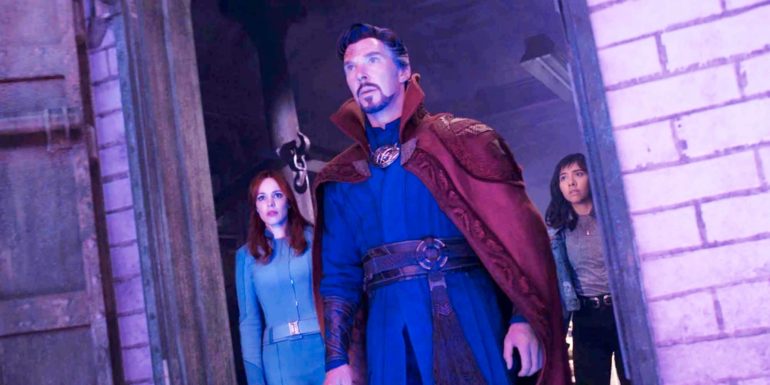 “Doctor Strange in the Multiverse of Madness” hit theaters last week and was full of surprise cameos. We won’t spoil any here, but we now know that one rumored cameo was talked about behind-the-scenes, even though it never came to fruition.

Over a decade ago, Tom Cruise was in the running to play Tony Stark in the first “Iron Man” film, but Robert Downey Jr. was ultimately cast. Fans speculated that Cruise would appear in “Multiverse of Madness” as an alternate version of the superhero. Screenwriter Michael Waldron revealed in an interview with Rolling Stone that he brought the idea up to Marvel Studios President Kevin Feige.

“I said to Kevin at one point, I was like, could we get Tom Cruise’s Iron Man?” Waldron said. “I remember reading about that in Ain’t It Cool News back in the day, that Tom Cruise was going to be Iron Man.”

Waldron clarified that “there’s no cut footage of Tom Cruise!” As far as he knows, nobody ever reached out to Cruise about the role because, “I just don’t think it was ever an option, because of availability.” Cruise was busy filming the next two “Mission: Impossible” films at the time.

Would you have liked to see Tom Cruise as Iron Man? Let us know in the comments and read our review of “Doctor Strange in the Multiverse of Madness.”