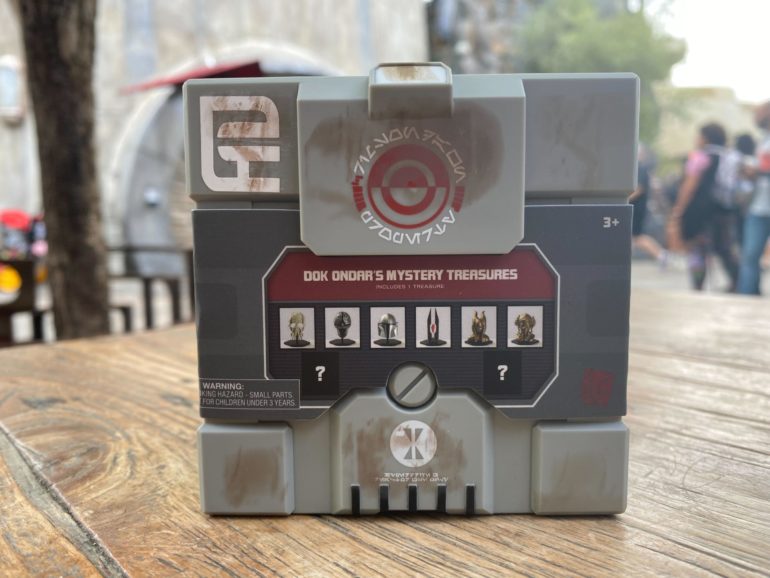 Each of these plastic crates contains one of eight possible treasures.

There are two chasers indicated by question marks. The six revealed treasures include busts of a Quarren, a Mandalorian helmet, and Jedi Master Shaak Ti.

The crates are about hand-sized, so the treasures aren’t very big.

Check out some larger “Star Wars” busts and statues also available at Dok-Ondar’s Den of Antiquities in Disneyland.