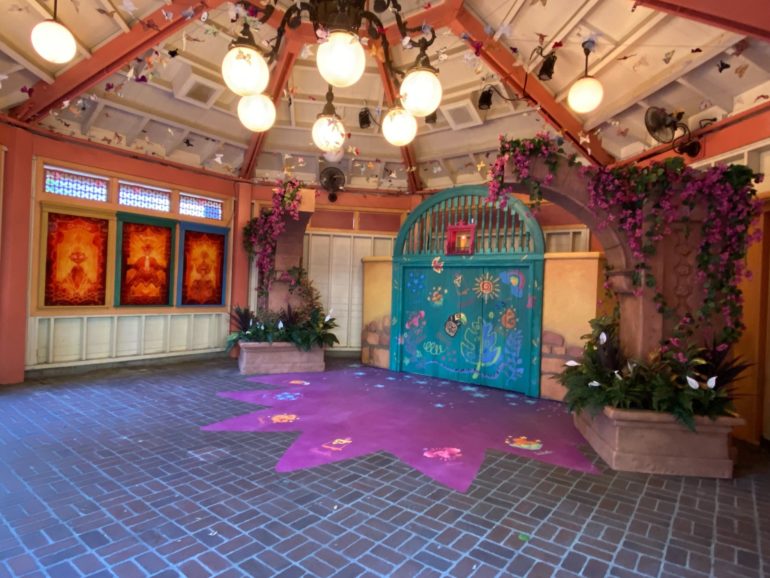 It looks like Mirabel will be returning to Paradise Gardens Park at Disney California Adventure soon. She met there back in November and later appeared in Disneyland Park.

The seasonal meet-and-greet gazebo is closed off but an “Encanto” sign and posters now hang outside of it.

The gazebo is in Paradise Gardens Park near Paradise Garden Grill. It was the P.T. Flea Market shop in Bountiful Valley Farm and then was moved over to be a seating area. It eventually became a seasonal meet and greet space.

Inside, the teal blue door and pink flooring covered in drawings reminiscent of Mirabel’s skirt are back.

We’ll keep an eye out for Mirabel and let you know when she’s officially returned.