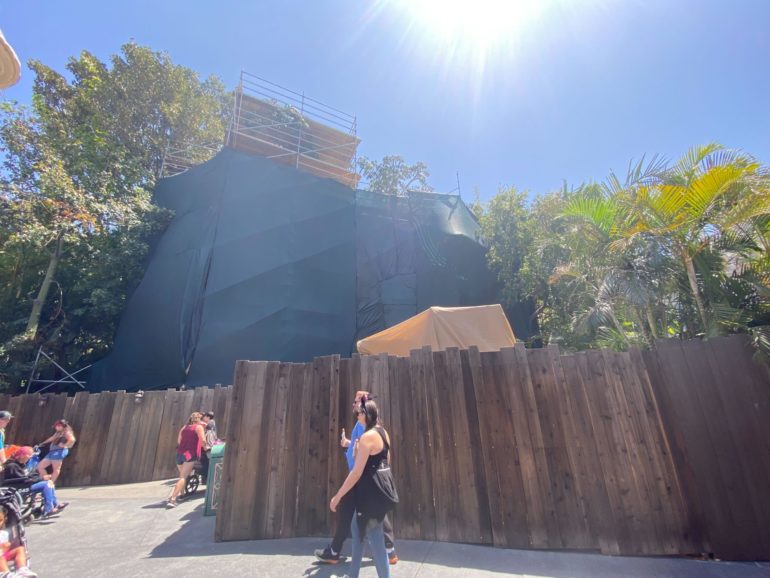 The entrance of Tarzan’s Treehouse has been almost completely demolished as the Disneyland attraction is rethemed.

The entrance tower was once the same height as the rest of the treehouse and covered in tan scrim.

The tan scrim is now just barely peeking over the construction walls.

The bridge connecting the entrance tower to the treehouse was also removed.

The rest of the treehouse is covered in scaffolding and green scrim.

A small walkway cuts between the entrance and treehouse.

Near Pirates of the Caribbean, tan scrim surrounds a section of the treehouse past the construction walls.

Though it was announced the treehouse, which was originally Swiss Family Treehouse, would be rethemed, a new theme has not been revealed. It’s possible it will become Antonio’s treehouse from the wildly popular “Encanto” film. Lin-Manuel Miranda and Christine McCarthy have both hinted at a possible “Encanto” attraction.