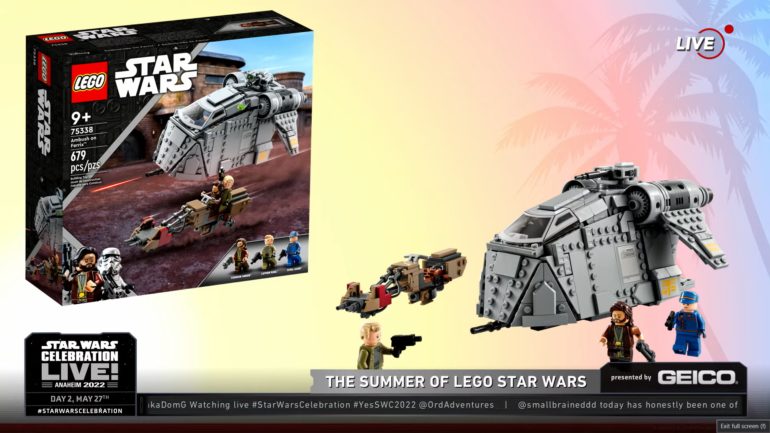 LEGO has revealed their first set for “Andor,” the upcoming “Star Wars” Disney+ series about Cassian Andor from “Rogue One.”

This set includes a Trooper transport ship and speeder bike from a chase scene. The cockpit of the ship opens.

The mini-figures are Cassian Andor (played by Diego Luna), Luthen Rael (in green, played by Stellan Skarsgård), and Syrl Karn. This is the first time we’ve learned the names of the latter two characters.

Pre-order and release dates were not announced.