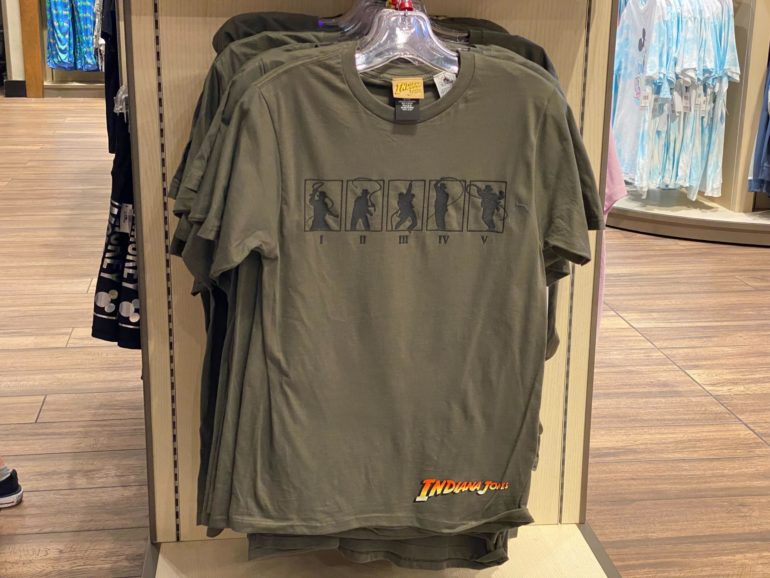 Guests can now purchase a shirt featuring Disney’s fifth installment of the Indiana Jones series at World of Disney at Downtown Disney District. This is the first from the new line to come out after the announcement of Indiana Jones V back in 2016.

This classic, burlap-brown shirt features silhouettes from each of the Indiana Jones movies, including the newest, which we have yet to see any images from. Of course, the whip-wielding figure is none other than Indiana Jones himself.

Though the striking figures need no introduction, the shirt includes the familiar orange and white logo from the movies.

With Harrison Ford set to reprise his role and James Mangold to direct, a new era of Indiana Jones films is on its way. We’ll be the first to let you know when the next wave of merchandise hits the shelves.