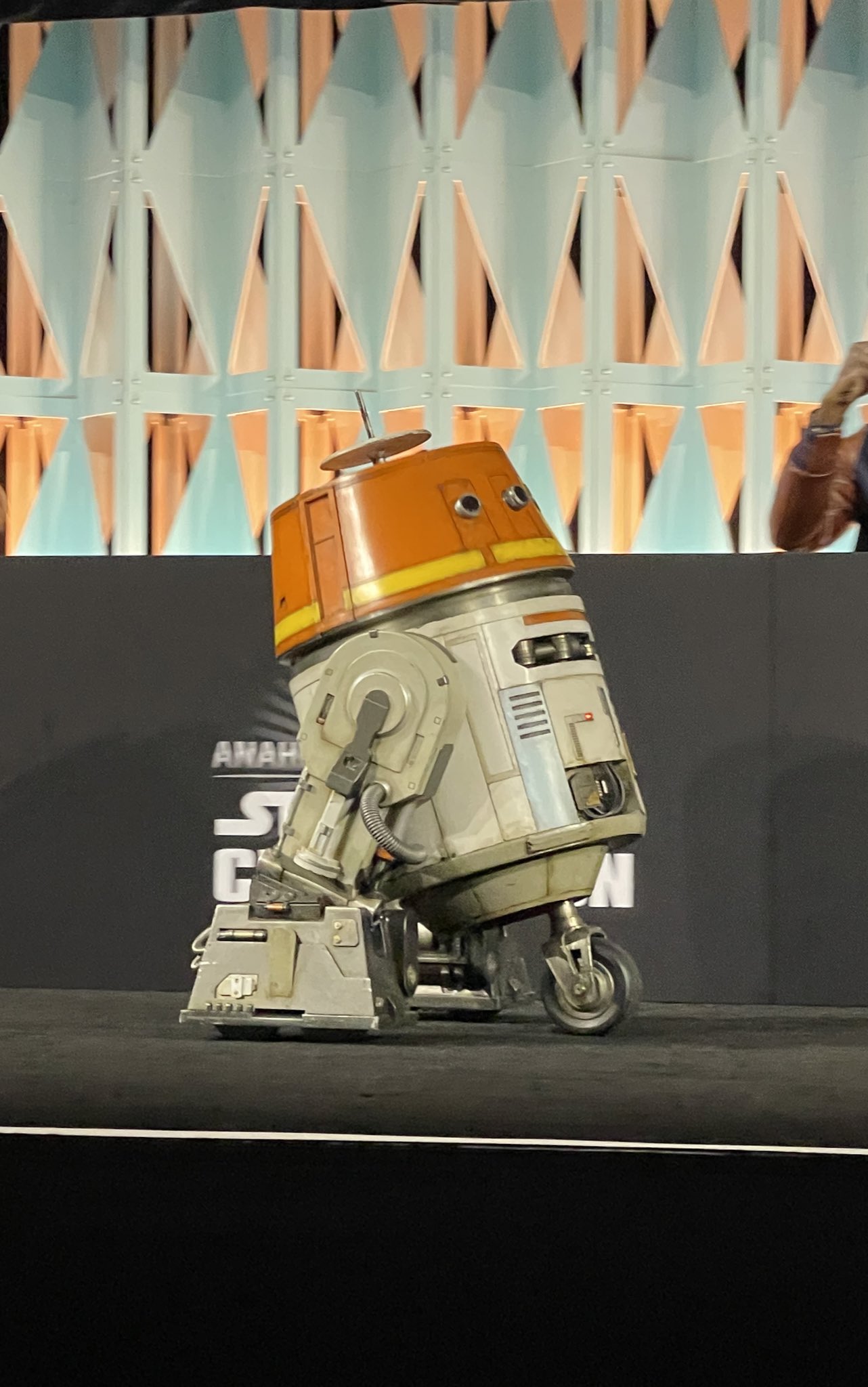 Sabine Wren won’t be the only familiar character from “Star Wars Rebels” to appear in the live-action “Ahsoka” series. Disney has confirmed at Star Wars Celebration that Hera Syndulla and her droid C1-10P a.k.a. Chopper will also appear in “Ahsoka.”

They did not announce who portray Hera. She was voiced by Vanessa Marshall in the animated series. Disney showed some footage from “Ahsoka” and Hera was only seen from the back.

The Twitter account for “The Mandalorian” shared photos of the real-life Chopper, who joined the panel at Star Wars Celebration. They also confirmed that Natasha Liu Bordizzo will portray Sabine Wren.

The panel also teased the possible live-action appearance of Ezra Bridger, the main character of “Star Wars Rebels.” Ezra disappeared into hyperspace at the end of the series, with Grand Admiral Thrawn, and Sabine set out with Ahsoka to find him. In “The Mandalorian,” Ahsoka was attempting to find Thrawn.