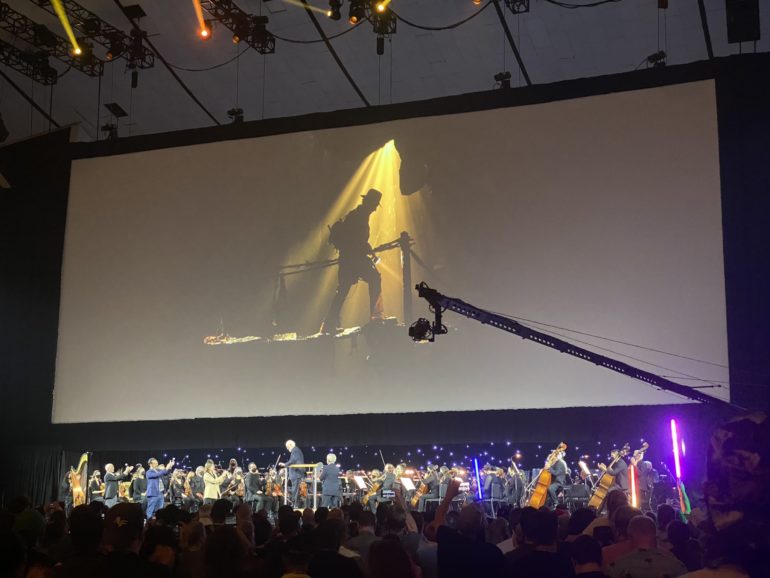 “Indiana Jones 5” will be released on June 30, 2023, Lucasfilm confirmed at Star Wars Celebration. It does not have an official title yet.

Harrison Ford was in attendance and John Williams conducted a performance of the iconic theme from the series. Lucasfilm released the first image from the film, featuring Indiana Jones silhouetted in golden light.

Production began last summer and — after a delay because Harrison Ford was injured — wrapped in February of this year. The first merchandise for the film has started to arrive at Disneyland Resort.