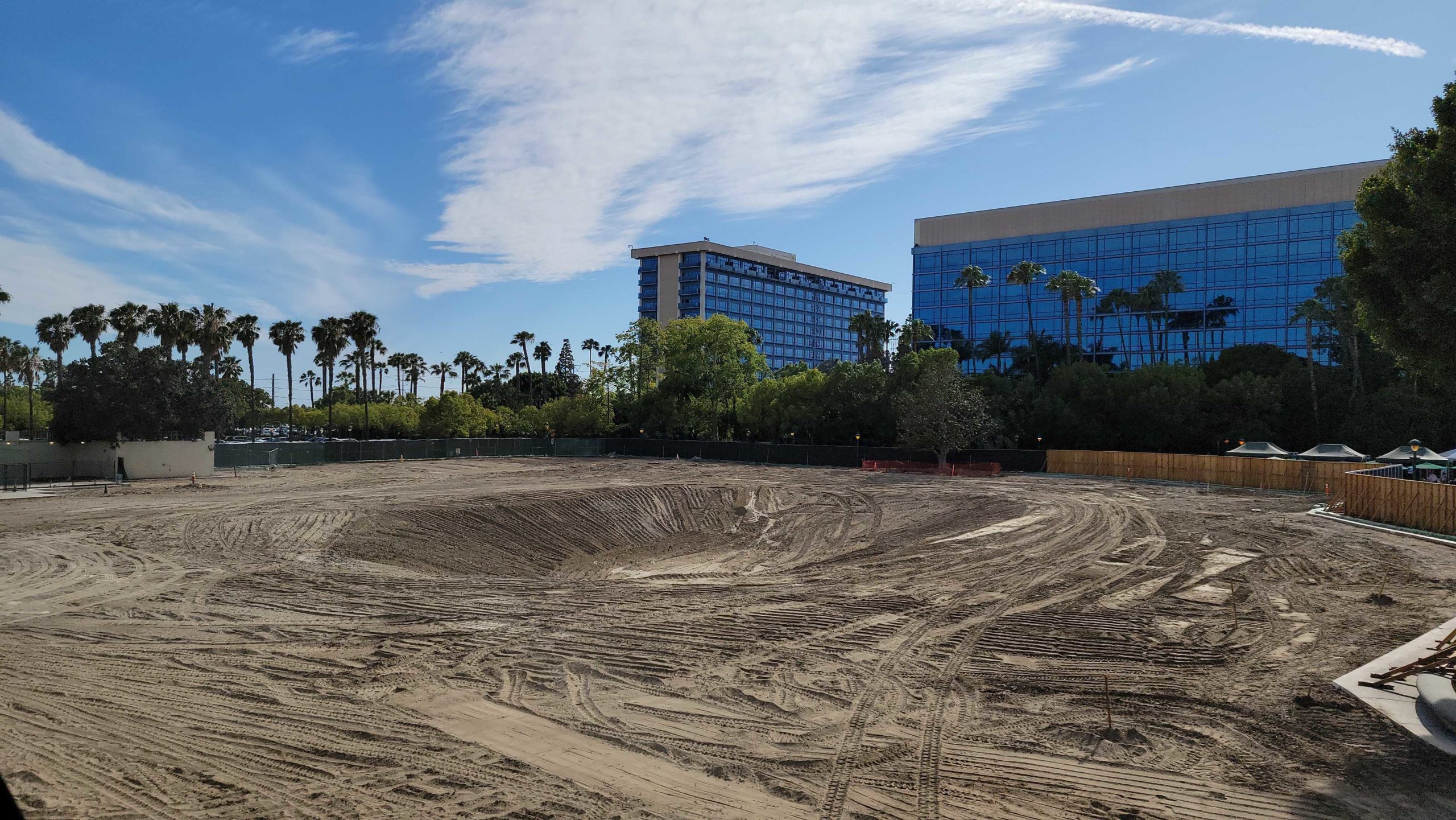 Following the demolition of the AMC Theater and other businesses on the west side of Downtown Disney District, the land has now been cleared for construction.

The ground is almost completely flat now, except for a large, shallow hole.

The tracks of construction vehicles cut through the dirt, but no vehicles were visible when we passed by.

The reimagined west side will have an open, grassy area for events and relaxation.

Below is concept art for the reimagining.