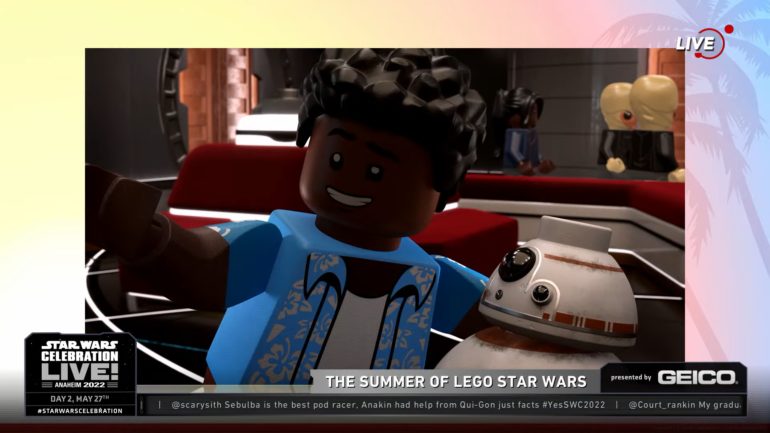 LEGO announced during their Star Wars Celebration panel that they will release a new “Star Wars” special, titled “Summer Vacation,” on August 5.

The special is set after Episode 9 of the “Star Wars” saga when Rey, Poe, Finn, and Chewbacca need a vacation after defeating Palpatine.

The cast was revealed, including Anthony Daniels and Billy Dee Williams returning as C-3PO and Lando respectively.

Yvette Nicole Brown, who was hosting the panel, will also star as a new character: Valeria. They revealed a still of her character sitting in a ship cockpit.

LEGO also revealed a still of Finn taking a selfie with BB-8.

“LEGO Star Wars Summer Vacation” will be streaming on Disney+ starting on August 5, 2022.