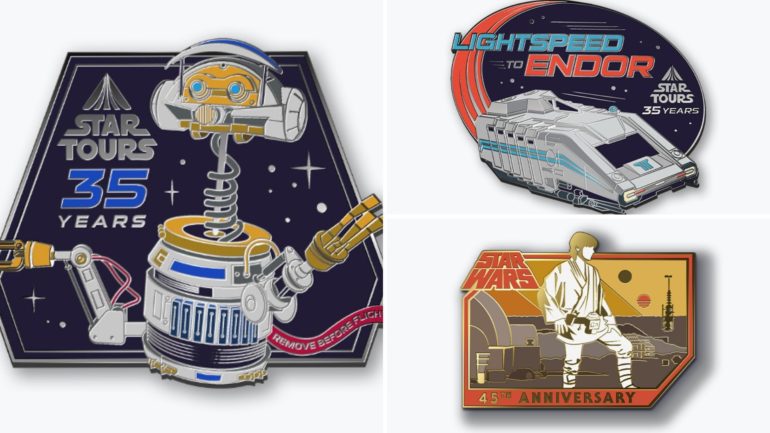 This pin features Captain RX-24, the droid who once piloted Star Tours and is now featured as a DJ in Oga’s Cantina at Star Wars: Galaxy’s Edge.

This pin will be available in a limited edition of 1,987 (the year Star Tours opened) to D23 Gold Members on shopDisney starting Monday, May 23.

This pin reads “Lightspeed to Endor” and features the Starspeeder 3000.

It will also be available in a limited edition of 1,987 to D23 Gold Members on shopDisney starting Monday, May 23.

Finally, this pin celebrates the 45th anniversary of “Star Wars: A New Hope” with an image of Luke Skywalker looking at the binary sunset above Tatooine. It will have a limited edition of 1,977 (the year the film was released) and will be released on May 23.

There will be a maximum of two pins of each style per D23 Gold Member.