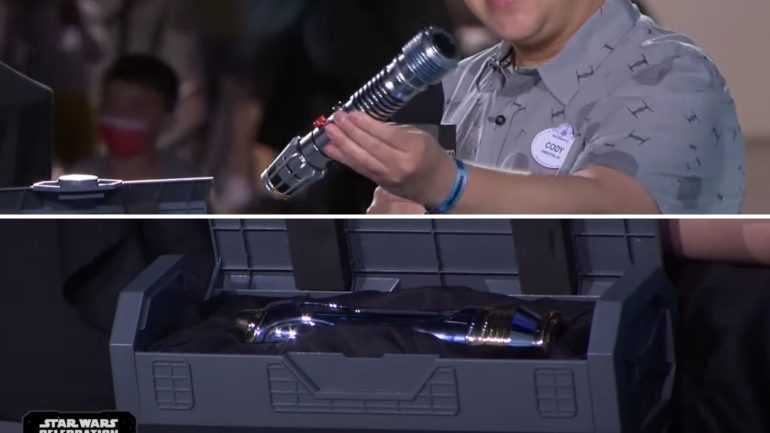 Darth Sidious and Plo Koon legacy lightsaber hilts will soon be available at Dok-Ondar’s Den of Antiquities in Star Wars: Galaxy’s Edge, at both Disneyland and Disney’s Hollywood Studios.

Darth Sidious’ (Emperor Palpatine) hilt comes in a black case with a red button. The button has the Sith Eternal symbol on it.

The sleek and shiny hilt is silver with golden rings. It looks slightly blue because of the studio lights.

Plo Koon’s hilt comes in a case with the Jedi symbol on a blue button.

His hilt is all silver with a tapered end.

Blades are sold separately from hilts, so you can use the same blade on multiple hilts.

These are “coming soon” to the parks. Will you be taking home the Plo Koon or Darth Sidious legacy lightsaber? Let us know in the comments.