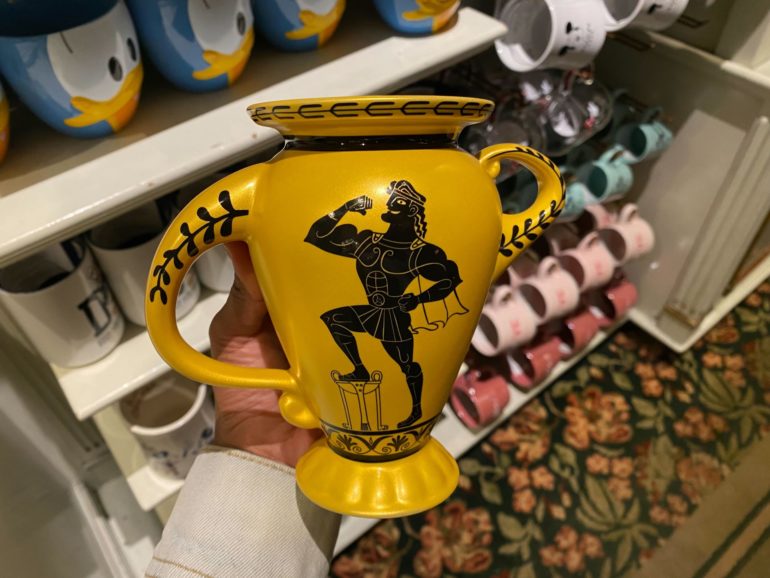 If you know “who put the glad in gladiator,” then you may just want one of the newest mugs at the Disneyland Resort that celebrates the 25th anniversary of “Hercules!”

The mug, shaped like an ancient Grecian urn, features Hercules himself in a pair of heroic poses in black on a gold background.

One side features Hercules showing off his muscular arms.

A neat touch on this mug is the handles, which form a pair of arms flexing just like “Air Herc” does.

The opposite side depicts Hercules’s fight against the fearsome Hydra.

For some artistic style, the Hydra has both black and gold heads, while the handles have an olive branch-inspired pattern.

“25th Anniversary” is featured on the inside of the mug. We found this at China Closet in Disneyland.

For some more animated-looking mugs, check out our look at some recent releases themed to Chip and Dale, Peter Pan, Winnie the Pooh, and more!