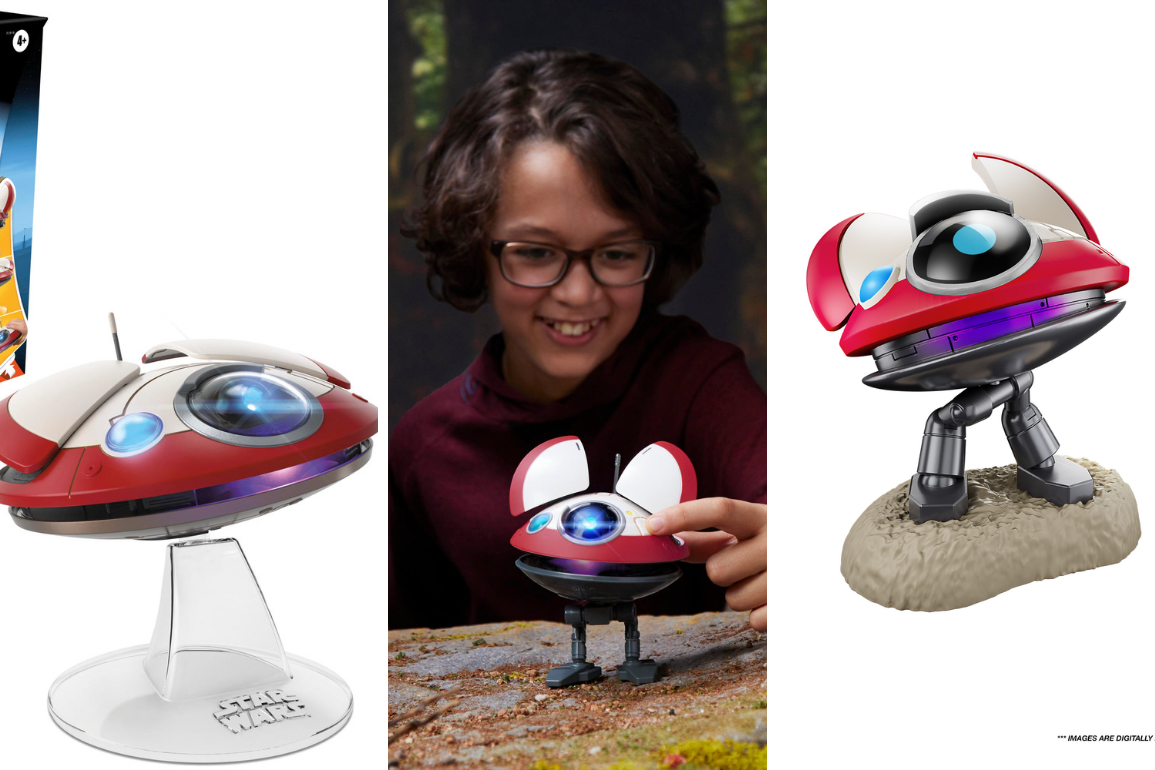 One of the breakout characters of “Obi-Wan Kenobi” is already getting the toy treatment from Hasbro, according to ComicBook.com.

The L0-LA59 (LOLA) Animatronic Edition lets kids and fans alike bring home a beloved droid companion. This toy features design and deco inspired by the “Obi-Wan Kenobi” live-action series on Disney+. Touch the sensor on L0-LA59’s head to activate more than 45 different light, sound, and movement combinations through 3 modes of play. Unlock Companion Mode by attaching L0-LA59’s legs, Hover Mode by attaching her stand, or On the Go Mode by removing her from either base. She even responds to background noises with a series of lights, sounds, and movements.

The Star Wars L0-LA59 (LOLA) Interactive Electronic Figure lets kids and fans alike bring home a beloved droid companion. Standing around 5 inches tall, this Star Wars toy features design and deco inspired by the “Obi-Wan Kenobi” live-action series on Disney+. Press the button on L0-LA59’s head to activate droid sounds and lights in her eye and mouth. Plus, pose the panels on her head, open and close her mouth, and tilt her head from side to side.

Star Wars The Bounty Collection Series 6 is filled with adorable mini action figures in fun poses. These toys feature L0-LA59 in “Cute Companion” and “Taking Flight” poses. Other Series 6 figures will include characters like Grogu, R2-D2, and BD-1.

Are you a fan of L0-LA59? Share your thoughts in the comments!