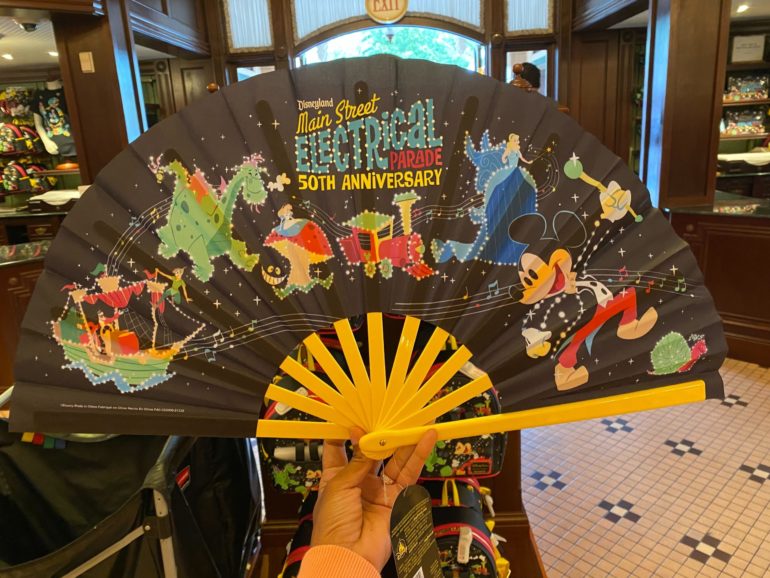 A colorful new Main Street Electrical Parade hand fan commemorates the 50th anniversary of the Disneyland parade. We waved one down on Main Street, U.S.A., in the Emporium.

This black and yellow fan bursts with dazzling images. A musical store winds around a line of classic parade floats. The fan is decorated with glittering stars, as well as music notes.

“Pinocchio’s” Blue Fairy waves her wand above the parade.

Lastly, a green and red snail float is scuttling out of Mickey’s way.

Meanwhile, the yellow fan sticks are evident on the reverse side.

The fan remains colorful, even when folded.

This delightful accessory is a perfect way to celebrate the 50th anniversary of Disneyland Main Street Electrical Parade. It can be found at the Main Street, U.S.A. Emporium shop.

Are you a fan of this colorful fan? Let us know in the comments.