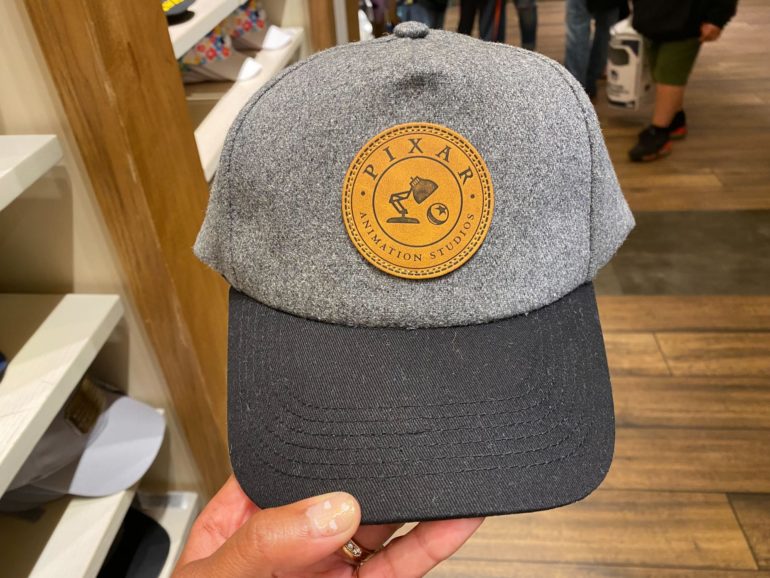 A new Pixar Animation Studios ball cap is now available at Disneyland Resort. We first found the hat in World of Disney at Downtown Disney District.

The hat is heather grey with a black brim. A yellow patch on the front features the classic Pixar ball and Luxo Jr. lamp. “Pixar Animation Studios” is along the edge of the patch.

“Pixar Animation Studios” is also embroidered on the back. It has an adjustable black strap.

The underside of the brim is patterned with the silhouettes of the lamp and ball.

Will you be sporting this Pixar hat on your next Disneyland trip? Let us know in the comments and check out the Pixar Loungefly mini backpack, too.