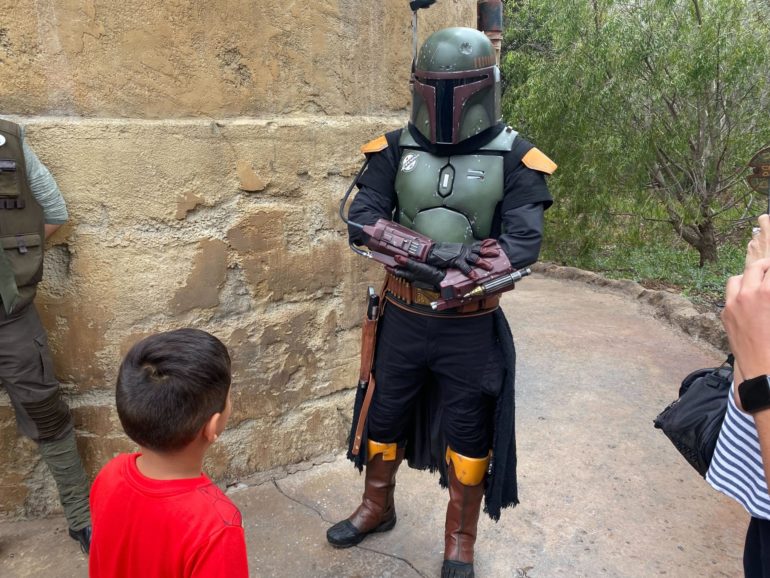 After Fennec Shand arrived this morning, Boba Fett made his entrance at Star Wars: Galaxy’s Edge in Disneyland.

Boba Fett is dressed how he appears in “The Mandalorian” and “The Book of Boba Fett,” with his green chestplate and helmet over black clothing.

We saw him walking past the garage of Black Spire Station.

Boba was accompanied by a Batuu Cast Member who helped lead him through Black Spire Outpost.

He posed for a few photos before exiting to a crew only area.

As we wrote about earlier today, Fennec and Boba Fett’s appearances mark the first time Disney is breaking the timeline of Star Wars: Galaxy’s Edge, which is otherwise set between “Star Wars” Episodes 8 and 9.

Fennec, Boba, and eventually the Mandalorian and Grogu, will not be interacting with characters that exist during a different era of “Star Wars.”

Watch our video of Boba Fett at Star Wars: Galaxy’s Edge in Disneyland below.

Disney has only announced these characters for Disneyland Resort so far.