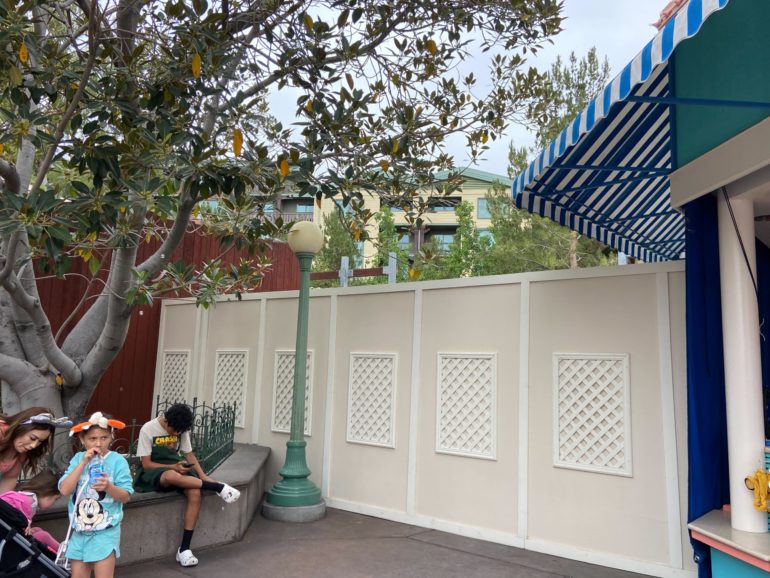 Guests may soon be able to walk directly from their hotel to Pixar Pier at Disney California Adventure, thanks to another park entrance that seems to be under construction.

A construction wall is up between Corn Dog Castle and Seaside Souvenirs, where an entrance could easily connect the land to Disney’s Grand Californian Hotel & Spa.

The land is so close to the hotel that we can actually see the Grand Californian over the construction wall.

An entrance for Paradise Pier Hotel (soon to be Pixar Pier Hotel) guests was already announced, with a walkway under construction.

We learned in April that Paradise Pier Hotel would soon be rethemed to Pixar, and later got a look inside the future hotel with concept art.

What do you think of an additional Disney California Adventure entrance? Let us know in the comments.