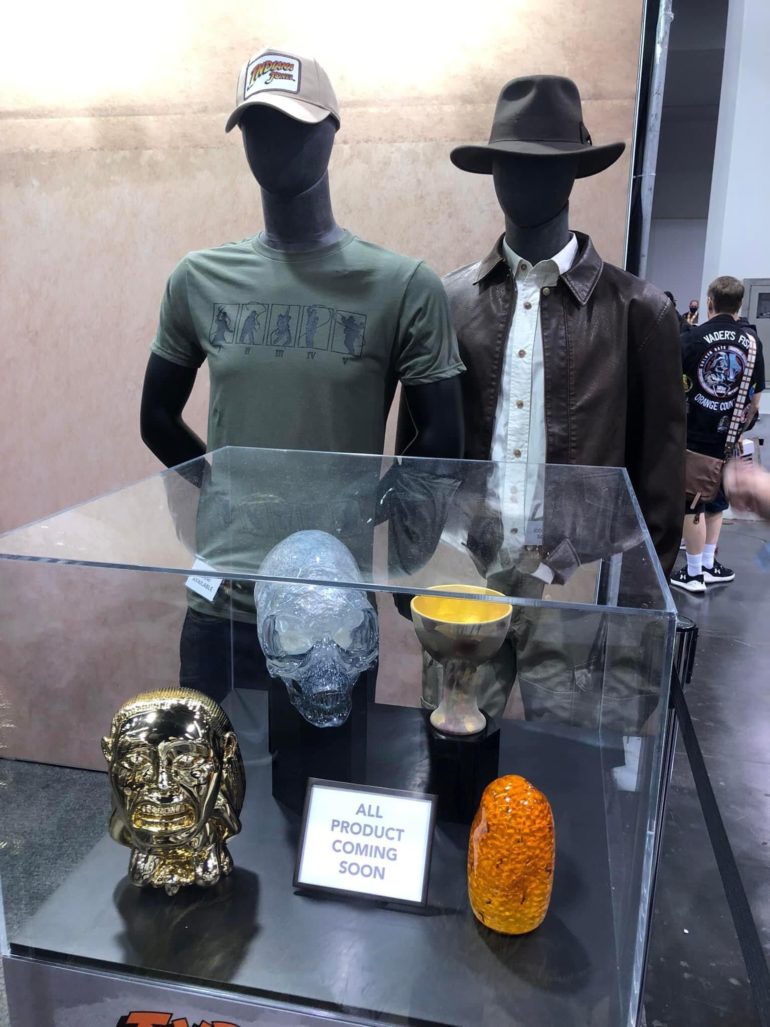 We have over a year of waiting before “Indiana Jones 5” hits theaters but Disney Parks is already starting to gear up for the new movie with new merchandise. We already saw an “Indiana Jones 5” tee at Disneyland Resort, now more upcoming merch has been revealed at Star Wars Celebration.

The t-shirt and a ball cap were on a mannequin. In the display case were four iconic artifacts from the “Indiana Jones” films: a crystal skull, the Holy Grail, an orange stone from “Temple of Doom,” and the golden idol from the opening scene of “Raiders of the Lost Ark.”

The stone lights up.

Another mannequin was wearing an iconic Indiana Jones outfit, complete with hat, leather jacket, and whip.

Prices and release dates weren’t provided, but hopefully we will see this “Indiana Jones” merchandise in the Disney Parks soon.