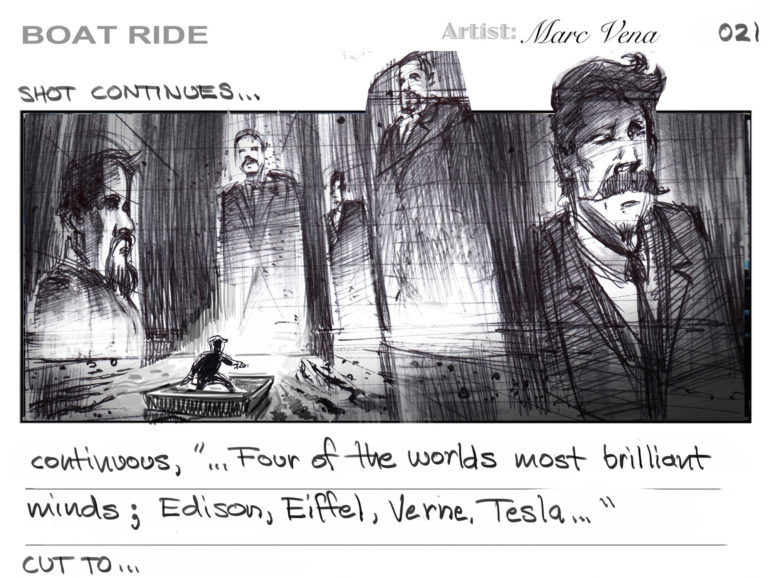 Grab your pins and get ready to head back to the future, as new storyboards have been revealed from “Tomorrowland,” showing off a deleted sequence from the 2015 film.

To mark the seventh anniversary of the film’s release, fan website Tomorrowland Times sat down for an interview with storyboard artist Marc Vena, who worked on the film.

In addition to sharing information on some scenes that didn’t make it into the final cut of the movie, Vena also gave Tomorrowland Times permission to edit some of his storyboards together to show off a deleted sequence where a young Frank Walker learns about the secret society of inventors known as Plus Ultra as he enters a hidden track on “it’s a small world” at the 1964-65 World’s Fair.

While not currently on Disney+ in the United States, “Tomorrowland” can be found on Starz.