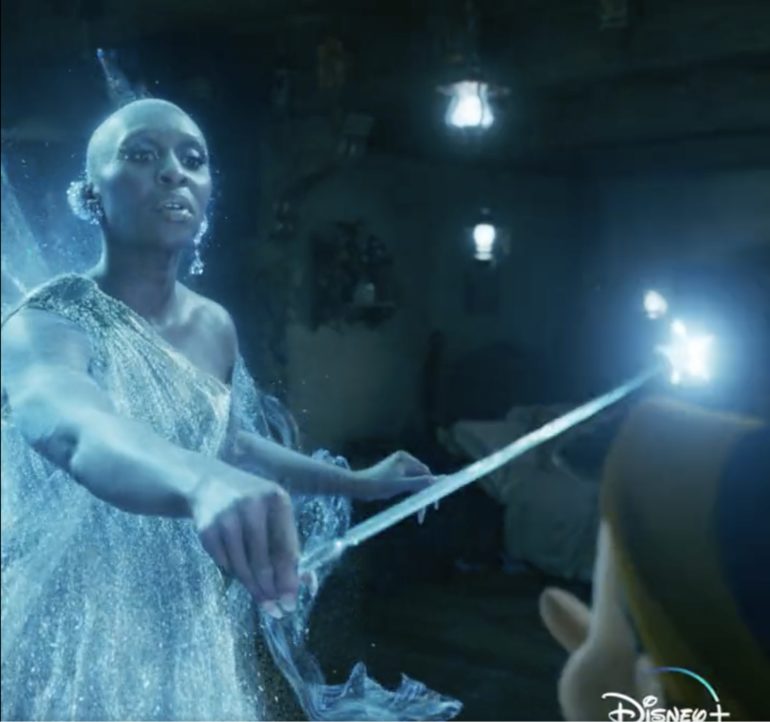 It was revealed today that the first teaser trailer for the Disney+ exclusive live-action remake of “Pinocchio” will debut tomorrow morning on “Good Morning America” on ABC.

The promo is being shared around Twitter, where brief glimpses can be seen of Geppetto, played by Tom Hanks, and the Blue Fairy.

Robert Zemeckis is heading this project, with Cynthia Erivo (“Harriet,” Broadway’s “The Color Purple”), Luke Evans (“Beauty and the Beast”) joining the cast as the Blue Fairy and the Coachman respectively, as well as the voices of Benjamin Evan Ainsworth (“The Haunting of Bly Manor”) as the titular Pinocchio, Joseph Gordon-Levitt (“The Dark Knight Rises”) as Jiminy Cricket, Keegan-Michael Key (“Keanu”) as Honest John and Lorraine Bracco (“The Sopranos”) as Sofia the Seagull.

Are you excited for the debut of “Pinocchio?” Let us know in the comments below!