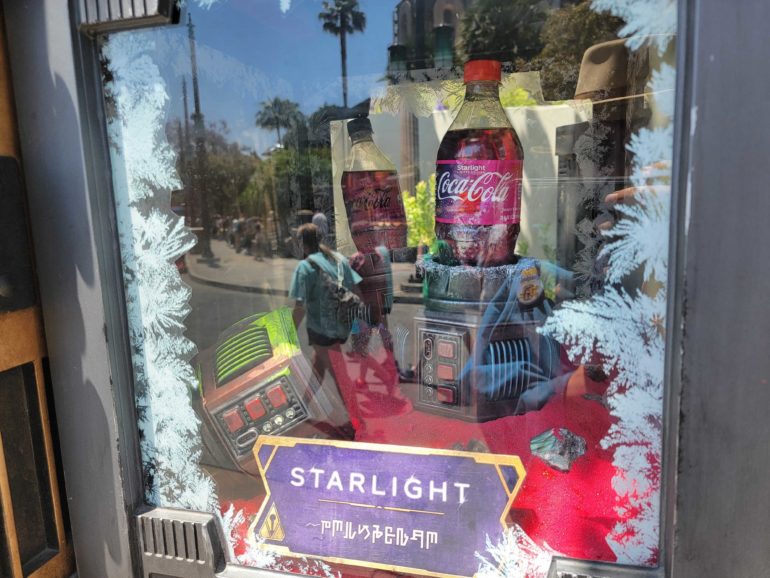 While picking up a Cosmic Cream Orb or Sweet Spiral Ration, it’s often fun to take a peek at the exhibit box next to Terran Treats to see the latest addition to the Tivan Collection. Traditionally home to props and exhibits from Marvel Cinematic Universe films and TV shows, the Terran Treats exhibit box adjacent to the snack cart now shows off, of all things, a bottle of Coca-Cola Starlight in its display.

The “space-flavored” limited edition soft drink took the country by storm earlier this year when it first released, with many taking to stores to try the peculiarly-described soda. It has been available at the Disneyland Resort since March at select drink carts.

Inside the box, we see red sand with multiple colored rocks to accent the dark red and black design of the Coca-Cola Starlight bottle.

Those who still haven’t had a taste can pick up a bottle of Coke Starlight along with a Sweet Spiral Ration or Cosmic Cream Orb at Terran Treats, although we might recommend you steer clear of the former. Let us know what you think of Coke Starlight in the comments below!