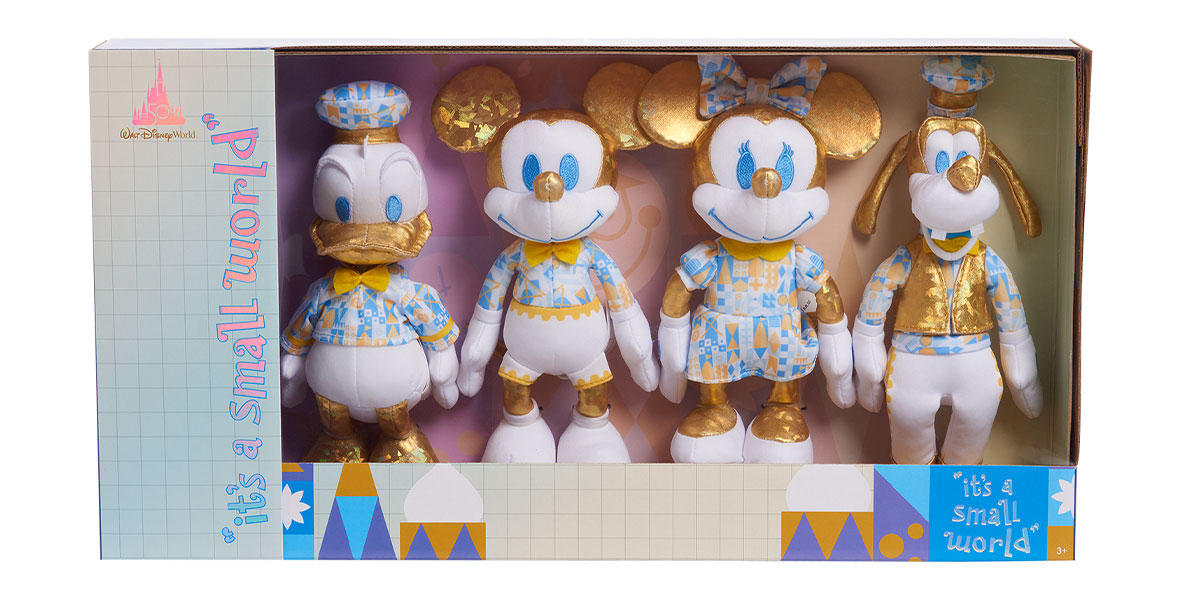 Amazon’s second set of 50th anniversary character plush inspired by Walt Disney World attractions has been revealed. The first set was inspired by Space Mountain, while this set is inspired by “it’s a small world.” It is available on the Amazon Treasure Truck starting today.

The set includes four plush of Donald, Mickey, Minnie, and Goofy. Each of them is dressed in a blue and gold version of their regular outfits.

The fabric of their shirts and hats is patterned with the blocky “it’s a small world” buildings.

Their eyes and mouths are embroidered.

The gold fabric used on their bodies and clothing is shiny.

Are you hoping to snag one of these limited release sets? Let us know in the comments.

‘Princess and the Frog’ Splash Mountain Overlay to Open in 2024, Summer House on the Lake Restaurant Coming to Disney Springs in 2023, Tropical Storm Watch in Effect This Weekend, & More: Daily Recap (6/2/22)