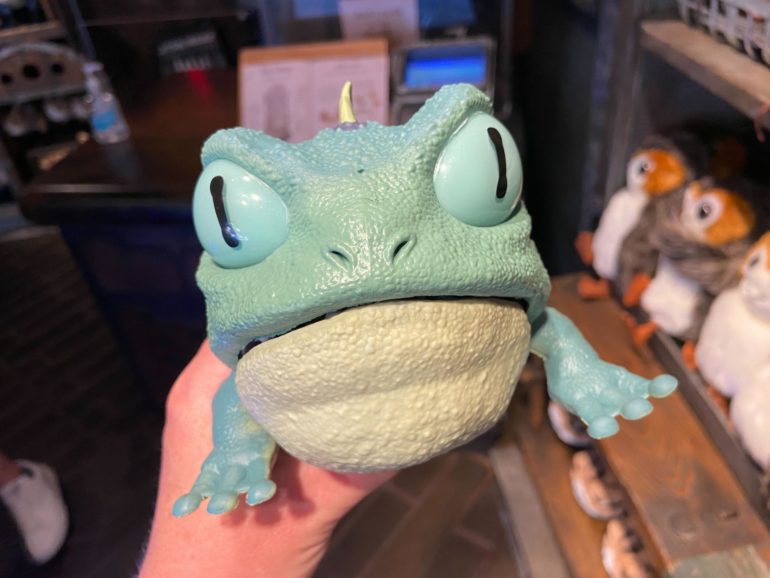 Adopt a Gorg From the Creature Stall in Star Wars: Galaxy’s Edge at Disneyland

One of the new pieces of merchandise teased at Star Wars Celebration last month was a new Gorg toy coming to the Creature Stall at Black Spire Outpost. The amphibian is now available for adoption (purchase) at Star Wars: Galaxy’s Edge in Disneyland.

“Gorg” is a catch-all term for small, amphibious creatures across the galaxy. This particular breed of Gorg was first seen in “Star Wars Resistance,” and is native to Castilon, a mid-rim planet not far from Batuu.

These Gorg are blue-green with purple stripes and have small, sharp teeth.

They have large bug eyes and are colloquially known as “the womp rat of the sea.”

For more new Galaxy’s Edge merchandise, check out the following:

Will you take a Gorg home with you from Batuu? Let us know in the comments.