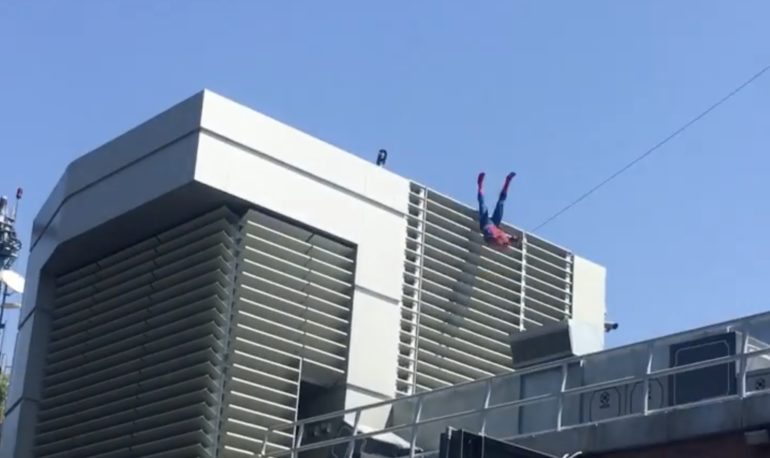 Instagram user @mdglee_szm shared a video today of the Spider-Man “Stuntronic” robot failing to release from a wire and crashing into a building during the show at Avengers Campus in Disney California Adventure.

The show switches between a real-life performer and the programmed robot. In the video, the robot crashes into a nearby tower, causing some of the building to collapse.

Here is how the show is supposed to go:

We took a visit ourselves to Avengers Campus today, but things already were back to normal.

By the time we visited, it looked like the incident never happened.

A Cast Member confirmed the incident to us and noted that that the building’s panels are breakaway and designed to be replaced easily since they’re “used to The Hulk wrecking things.”