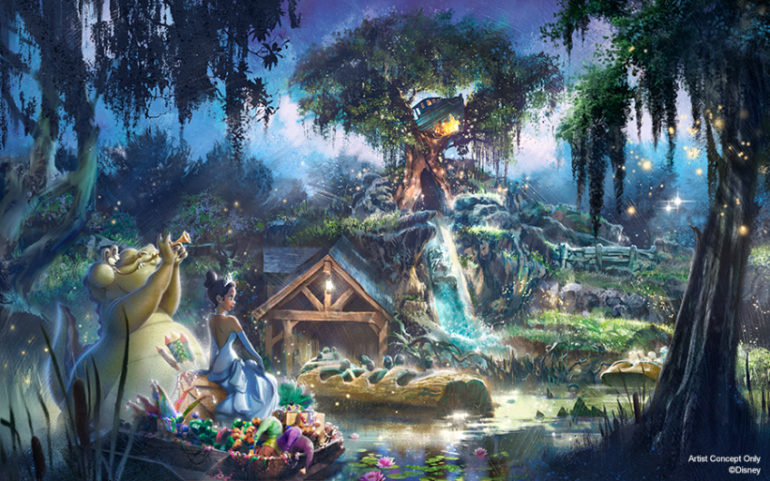 BREAKING: ‘The Princess and The Frog’ Splash Mountain Replacement Will Open in 2024 at Disneyland, Magic Kingdom

After another long period of silence on the project, actress Anika Noni Rose (who voices Tiana in Disney’s “The Princess and the Frog”) announced during the June 2 episode of “Live with Ryan and Kelly” that Disney plans to open the Splash Mountain replacement attraction at Disneyland and the Magic Kingdom in 2024.

Despite what we assume to be an accidental announcement of the opening timeline, Rose offered no further details on the attraction, other than that she would be “sucked into the ground” if she said more.

Disney has yet to announce a closing date for the classic Splash Mountain at either park, but it was suspected that the information would be coming at the D23 Expo 2022 in September. We’ll have to wait and see if that materializes then, perhaps with more details on the attraction.

Here’s what we know so far about the ride’s story:

The concept art, as pictured above, shows Tiana, joined by Naveen and Louis, as she sets off on a journey to host a unique Mardi Gras party. The attraction will bring new music inspired by the film’s soundtrack. It will feature new characters alongside the characters from the animated movie, some of whom can be seen in the concept art above. Based on the characters seen in the shadows, at least some of these characters may be redressed audio-animatronics from the existing Splash Mountain.