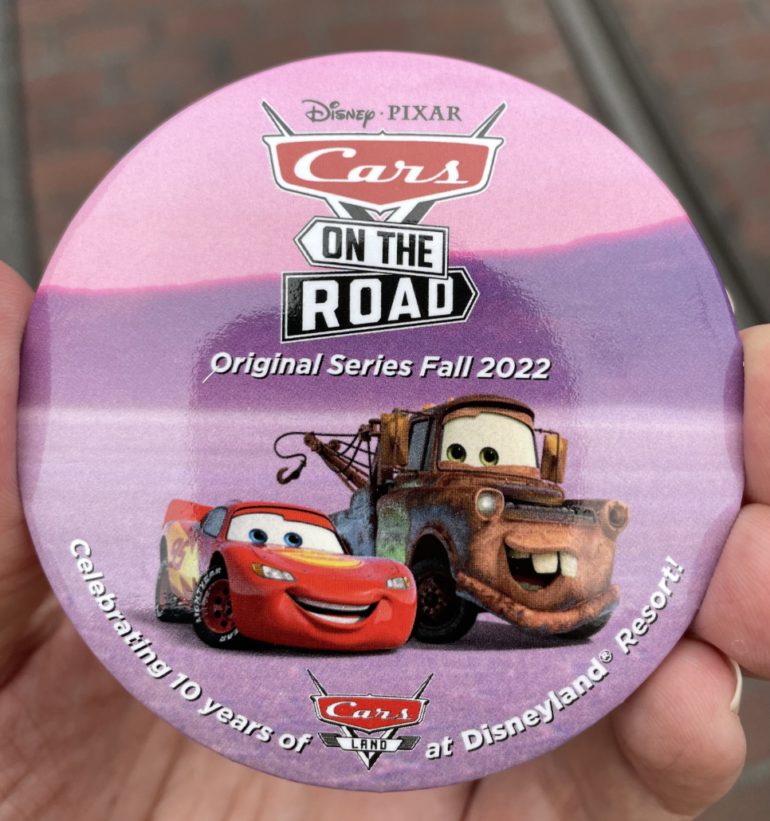 In honor of the 10th anniversary of Cars Land at Disney California Adventure today, Cast Members at the park gate are handing out complimentary buttons.

Jonathan Cooper (@dxwwf3) shared a photo of the button on Twitter.

It’s a light pink or purple color, with Lightning McQueen and Tow Mater in the center. It advertises “Cars on the Road,” an upcoming Disney+ series about Lightning and Mater on a road trip, premiering this fall. It reads “Celebrating 10 years of Cars Land at Disneyland Resort” along the bottom.

New pins for the 10th anniversary of Cars Land are also available for purchase at Disney California Adventure.

Are you hoping to grab one of these complimentary Cars Land buttons today? Let us know in the comments.