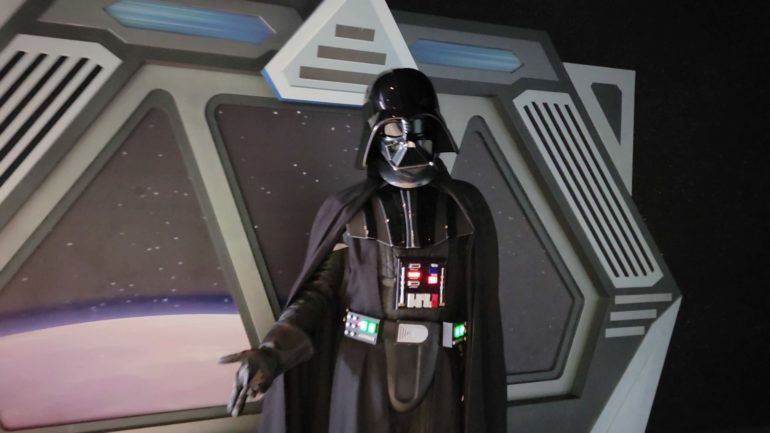 Darth Vader Returns to Tomorrowland in Disneyland for Limited Time

As part of the promotion for “Obi-Wan Kenobi,” currently airing weekly on Disney+, Darth Vader has returned to Tomorrowland in Disneyland for a limited time. He started greeting guests on June 12.

Vader can be found in Star Wars Launch Bay.

A PhotoPass photographer is with Darth Vader.

Unfortunately, Vader doesn’t do much. He had no programmed lines of dialogue, which would make for a more interesting interaction.

Guests just stand next to him for their photo and then move on.

Disneyland has not announced an end date for his appearance. Are you excited to meet Darth Vader? Let us know in the comments below!