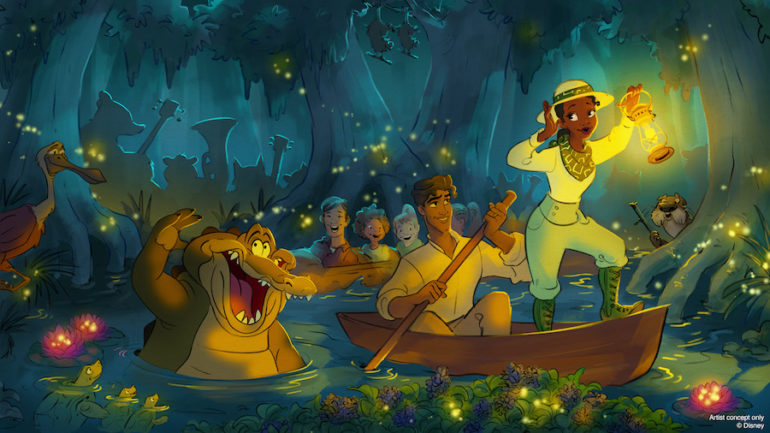 After Anika Noni Rose (the voice of Tiana) announced this morning that “The Princess and the Frog” retheme of Splash Mountain would open in 2024, Disney has released an official statement.

The statement, as relayed by EW, reads, “We have already shared how we are bringing Tiana’s story to life at Walt Disney World Resort and Disneyland Resort. While timing has not been determined, we look forward to sharing more details during Essence Festival of Culture in New Orleans in July.”

It seems Disney is reluctant to confirm or deny a 2024 opening. The Essence Festival of Culture runs from June 30 through July 3.

Here’s what we know so far about the ride’s story:

The concept art, as pictured above, shows Tiana, joined by Naveen and Louis, as she sets off on a journey to host a unique Mardi Gras party. The attraction will bring new music inspired by the film’s soundtrack. It will feature new characters alongside the characters from the animated movie, some of whom can be seen in the concept art above. Based on the characters seen in the shadows, at least some of these characters may be redressed audio-animatronics from the existing Splash Mountain.