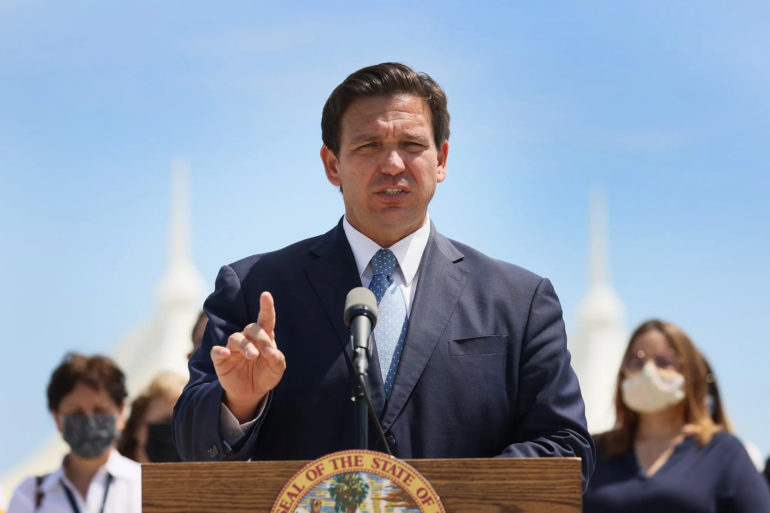 During an interview with conservative podcaster Dave Rubin, Florida Governor Ron DeSantis claims when Disney CEO Bob Chapek reached out with concerns over the controversial Parental Rights in Education bill, known by critics as the “Don’t Say Gay” bill, he gave a rather ominous warning to not get involved in the debate.

In his interview on The Rubin Report, DeSantis recounted “I though it was a mistake for Disney to get involved and I told them, ‘You shouldn’t get involved it’s not going to work out well for you.”

He also claimed he wasn’t particularly paying attention to this bill until the media controversy began to surround it. “I don’t know why they got involved, I think it was a huge mistake,” he noted.

“I think Disney took it one step further when they took out this incredible statement after they already did all of their virtue signaling and after we’d already signed the bill saying this is somehow a violation of human rights and that they would see that [the bill] was repealed through the Legislature…. I did not take an oath to subcontract out my leadership to some corporation based in Burbank, California.”

Regarding the dissolution of the Reedy Creek Improvement District, he said “They are free [to take a position]. They are not free to force all of us to subsidize their activism, and that’s what they were doing.” He noted additionally “If their company is committed to that view of what’s appropriate to children and parents, as a state we just can’t have a partnership, and so we’re out, and that’s why we took action to dissolve their own government.”

The saga of the bill and Disney began back in March. The Walt Disney Company came under fire after it was discovered they donated to all sponsors of the bill. Disney released a lackluster statement and Chapek later emailed all Disney employees regarding the bill, but did not denounce it. Employees and Cast Members spoke out, and members of Disney Media Entertainment and Distribution released a statement.

Following the denunciation, the relationship between the Florida Governor and CEO Bob Chapek grew adversarial between the two through competing statements. DeSantis first issued a mild and brief statement regarding Chapek’s comments at the shareholder meeting before he slammed Disney for being “too woke” a few days after the initial statement, said he was unlikely to meet Chapek as originally promised, and even signed a bill repealing Disney’s long-standing Reedy Creek Improvement District, which allows Walt Disney World to function as its own government by providing essential services such as fire, emergency, sewage, road construction, and more.