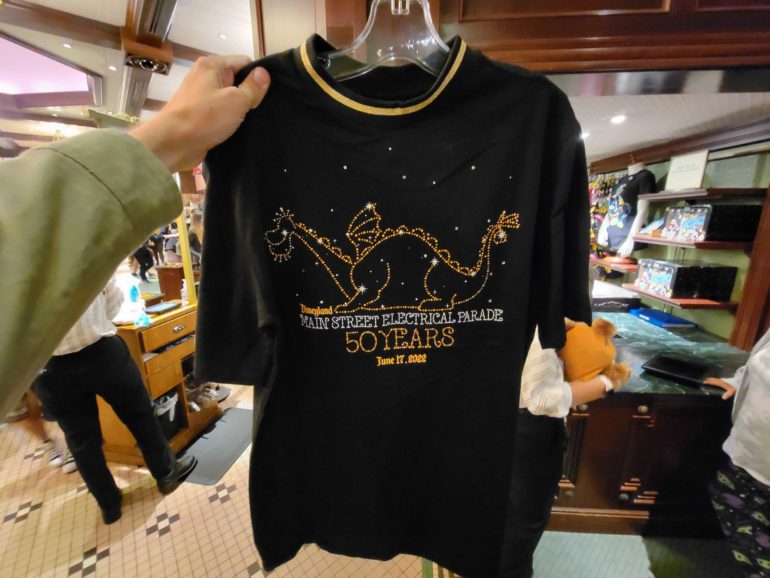 Disneyland is celebrating the actual 50th Anniversary of the Main Street Electrical Parade with the release of an exclusive T-Shirt. Guests will be able to pick up this t-shirt at the Emporium on Main Street, USA.

The 50th Anniversary t-shirt features the iconic, star-studded figure of Pete’s Dragon in bright gold. “Main Street Electrical Parade / 50 Years” is written underneath in a constellation-like font. The date (June 17, 2022) is written in Disneyland’s familiar font beneath to commemorate the special day.

A closer shot of the t-shirt reveals that the flecks of white are mixed with 3-dimensional studs and beads. The collar has a thin golden band.

What do you think of this unique shirt? Does it live up to the glory of the parade? Let us know what you think in the comments below!

Read more about the special event and the history of the Main Street Electrical Light Parade in our interview with Don Dorsey.