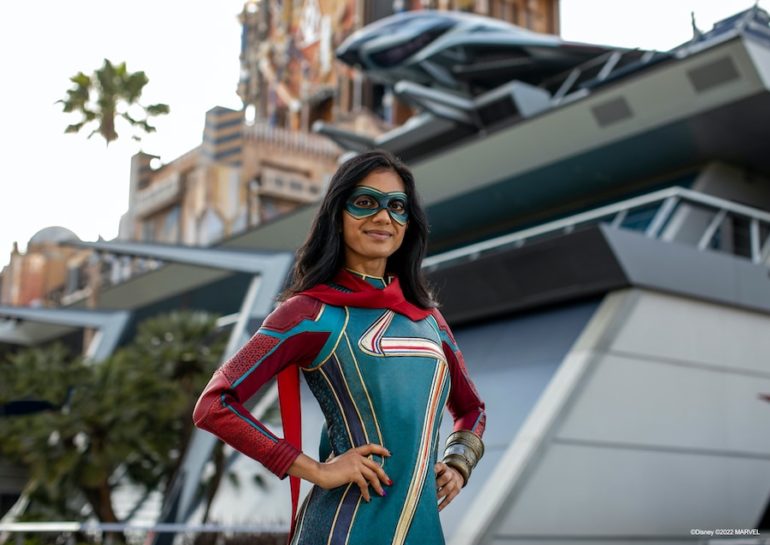 The latest hero in the Marvel Cinematic Universe has arrived at Avengers Campus in Disney California Adventure!

Kamala Khan, a.k.a. Ms. Marvel, will make appearances around the land beginning today. Her arrival was announced last month. The debut coincides with the premiere of her new series, which also began on Disney+ today. Fans of the Jersey City-based superhero should hurry, as she’ll only be around for a limited time.

Ms. Marvel marks the latest character to arrive at Avengers Campus. Previously, Scarlet Witch and America Chavez made appearances in conjunction with the release of “Doctor Strange in the Multiverse of Madness.”

Are you looking forward to meeting Kamala? Share your thoughts in the comments!