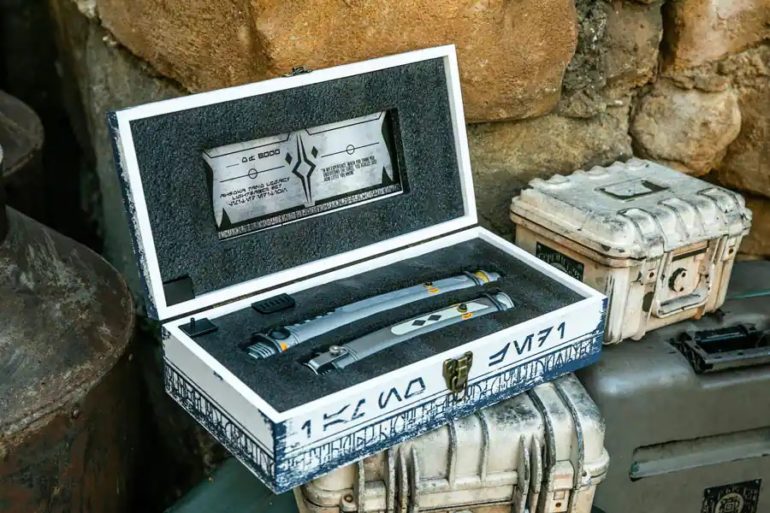 Fans were invited to vote on the next legacy lightsaber hilt. The winner has been revealed to be the lightsaber of Padawan Caleb Dume (Kanan Jarrus).

Kanan, once called Caleb Dume, was a main character in “Star Wars Rebels.” He kept his lightsaber hidden in plain sight in pieces on his belt. He also briefly appeared with this lightsaber as a padawan in “Star Wars: The Bad Batch.”

Disney did not announce when this hilt would be available.

Lastly, another set of legacy lightsaber hilts inspired by Ahsoka Tano will soon be available. These curved hilts are modeled after the sabers she uses in “Star Wars Rebels.” The limited edition set comes in a display case that plays Ahsoka’s theme when opened and includes a numbered plaque. There will only be 6,000 of this set worldwide. A limited quantity will be available at Dok-Ondar’s in Walt Disney World beginning July 1, 2022 until supplies last.